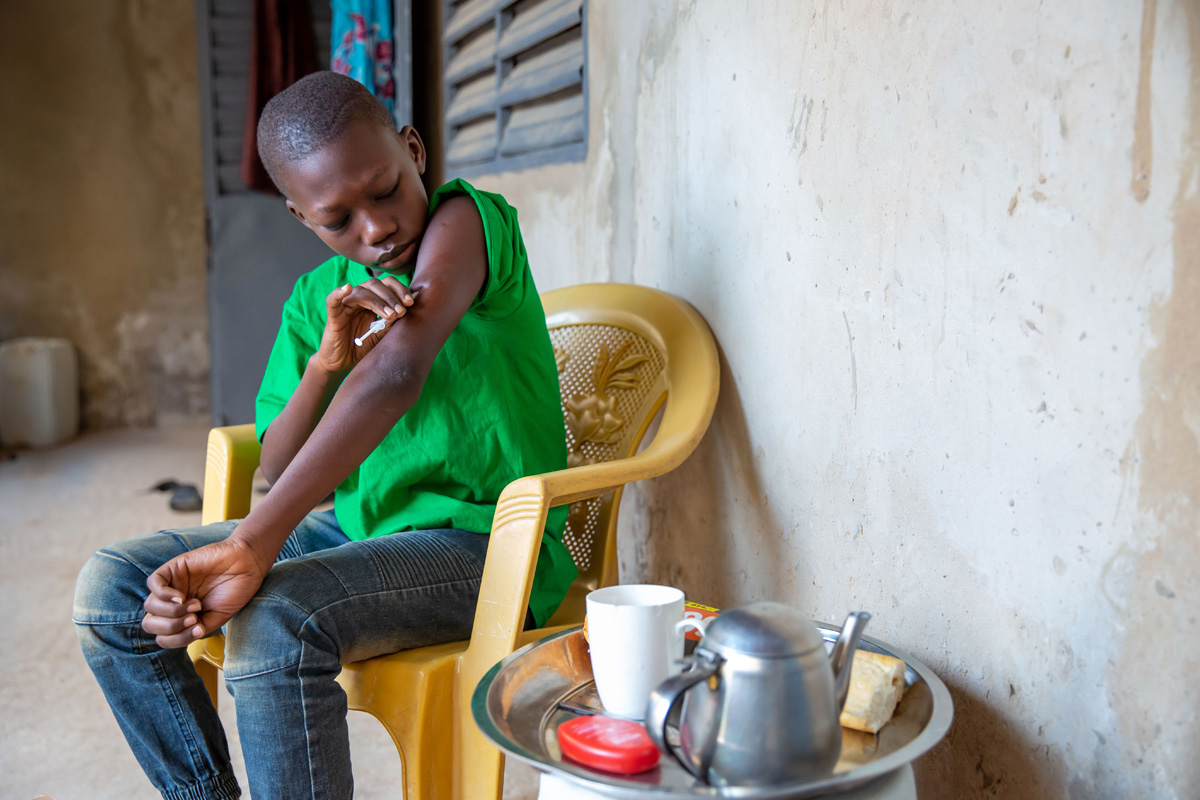 Diabetes in children is a rising problem in developing countries.
But, there are reasons to be positive that progress is being made.

The International Diabetes Federation (IDF) estimates that in total there are more than 1.1 million children and adolescents living with type 1 diabetes globally. The greatest rise in diabetes prevalence is projected to occur in Africa, but the continent spends the least on diabetes care as a proportion of global annual healthcare spending.

While that picture is cause for concern, some developing nations are working on improving access to care and medicine in partnership with the Changing Diabetes in Children (CDIC) programme. The partnership has been running since 2009, supporting patient education, healthcare professionals’ training and clinic improvements. The number of children with diabetes reached surpassed 29,000 in 18 countries in 2021, but the aim is to reach 100,000 by 2030.

The IDF’s estimate of 1.1 million children might be conservative. In four of the 18 countries in which the CDIC runs (Guinea, the Democratic Republic of Congo, Kenya and Ethiopia) more children were diagnosed with diabetes and enrolled in the programme than the IDF estimated have the disease. 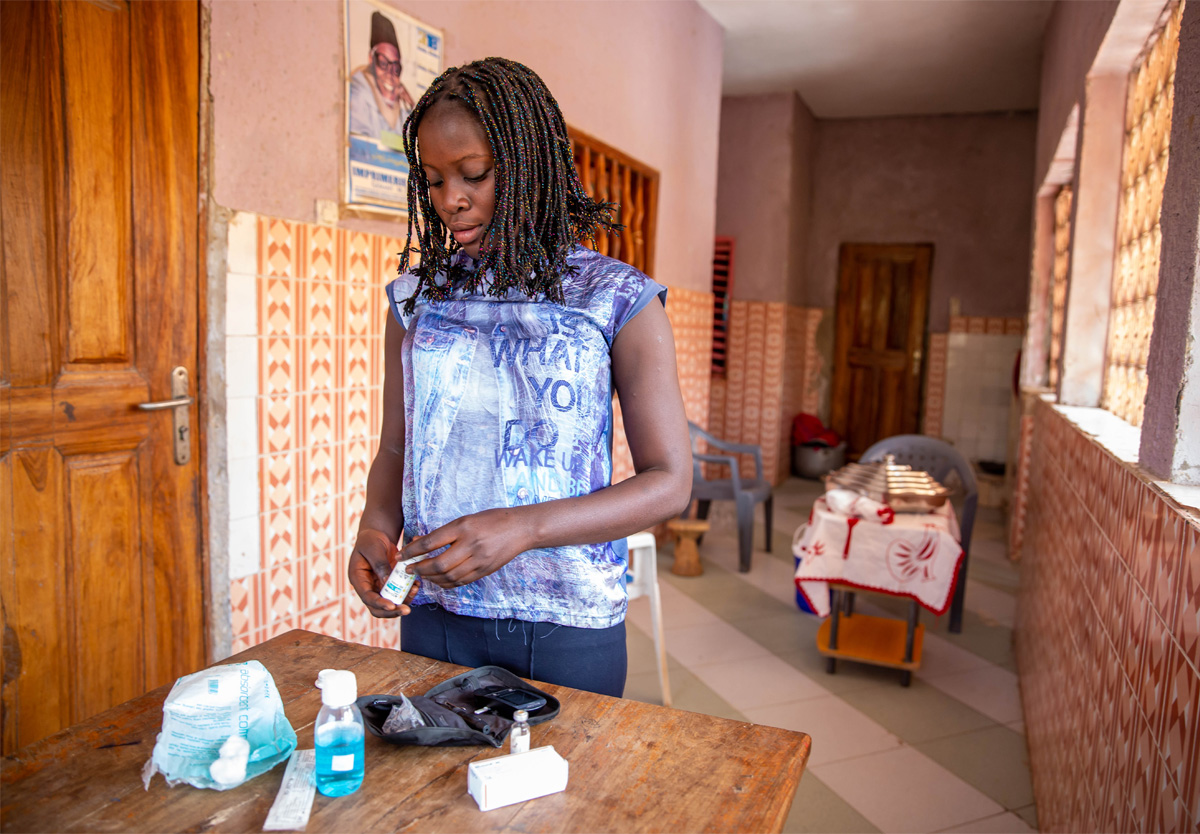 Calculating and addressing the increasing burden of diabetes will require a multifaceted approach. Training healthcare professionals, educating patients, improving clinics and access to insulin are all made more possible with technologies like telemedicine and digital records. But to reach a stage where those technologies are effective, developing nations have other hurdles to climb first.

Why does type 1 diabetes, a disease we have been able to treat for a century, remain a problem in so many developing countries?

One barrier in many countries early on was in training enough experts, says Silver K Bahendeka, a senior consultant physician for diabetes and endocrinology at Doctors Plaza Clinic and St Francis Nsambya Hospital in Kampala, Uganda. Bahendeka was the first pediatric endocrinologist in the Uganda after receiving his training in Europe. The level of specialist training wouldn’t have been possible in Uganda at the time.

“You might not see [a child with diabetes] at all in a hospital in two to three months,” he says. “Doctors qualify with very little skill for treating a type-1 child.” 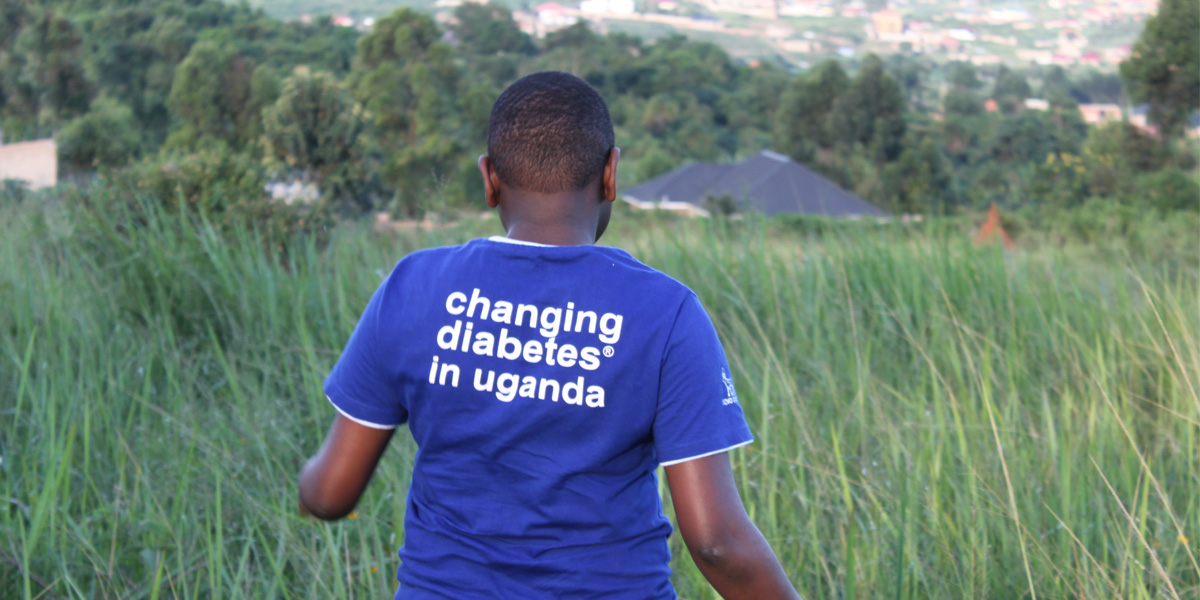 When Uganda joined the programme in 2009, a pediatrician would have very little knowledge on childhood diabetes because it was seen as a subspeciality, he says. Understanding doses, injections, diet and how to educate the parents was something that required mentorship from another pediatric endocrinologist.

The challenge for providing on-ward mentorship is that healthcare professionals in rural locations might only travel to a central clinic to train for a day every few months. The chances of a child with diabetes being admitted on that day are very low. Now, 627 healthcare professionals have taken training provided by CDIC which means that knowledge can be shared from clinic to clinic. 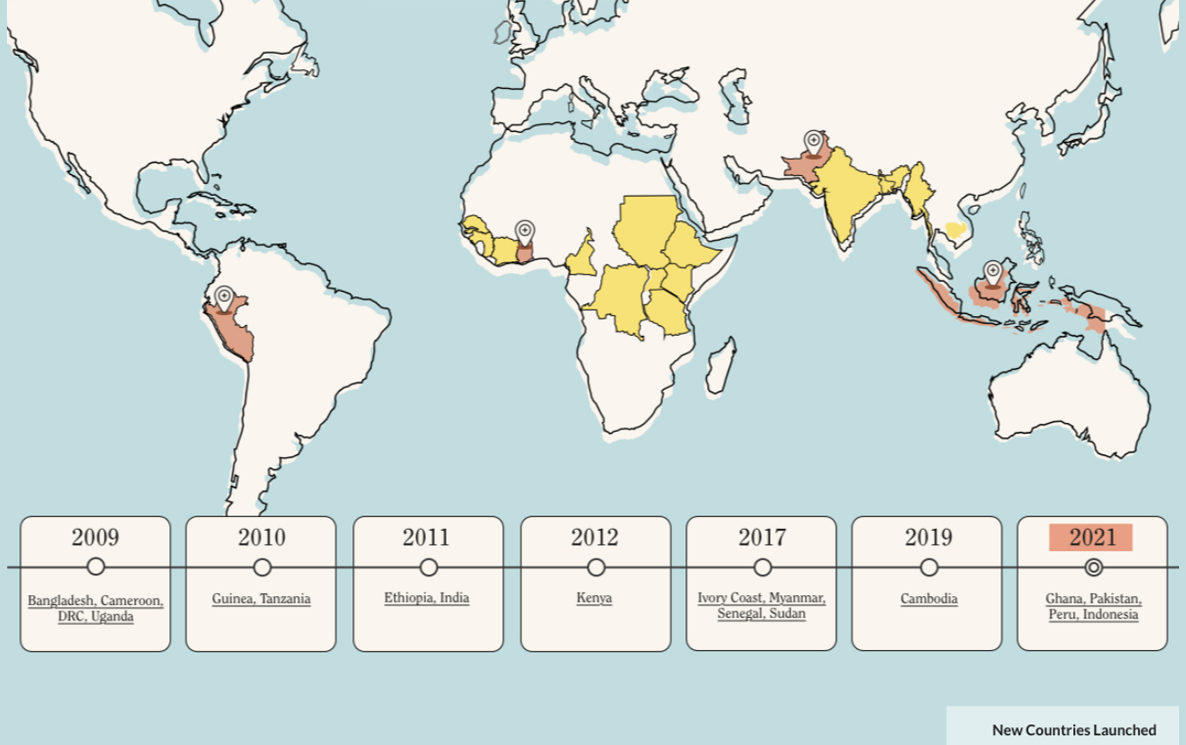 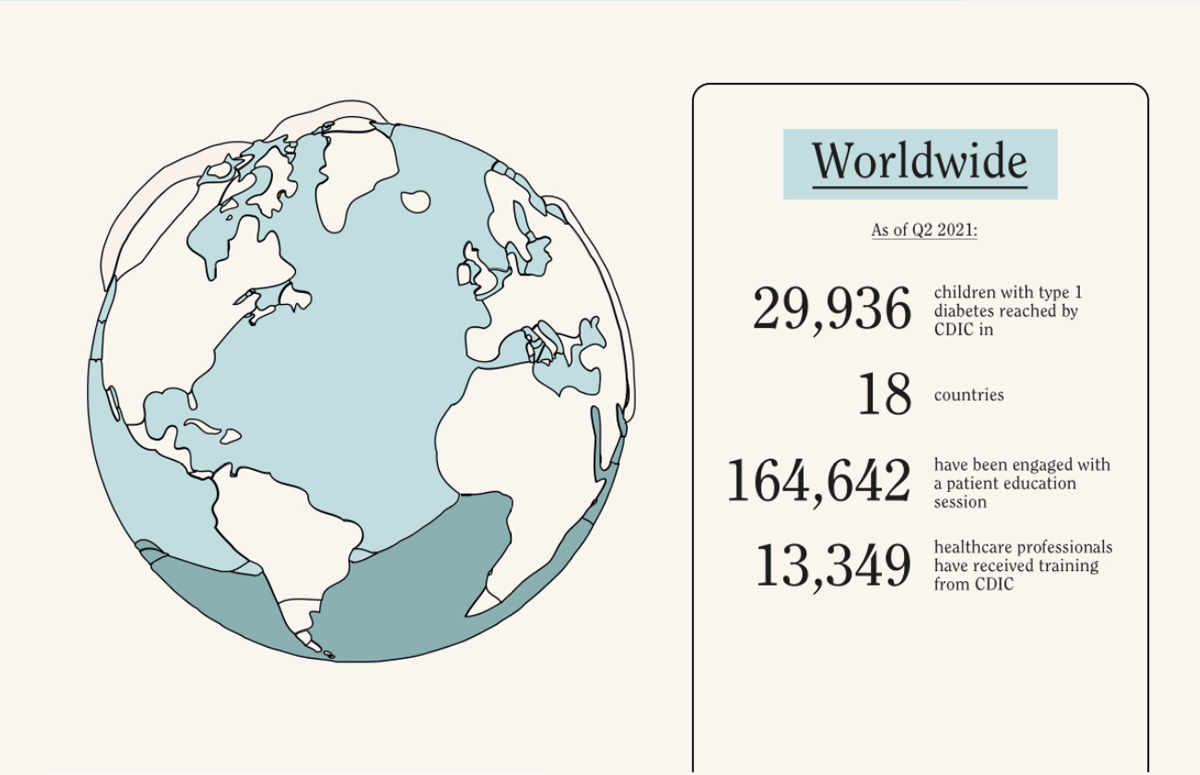 If the best expertise in childhood diabetes remained centralised then the discrepancy between urban and rural areas would also affect the patients. “Those living in rural areas across the region face difficulties because of less diagnostic infrastructure, long distances to health facilities and insulin selling points, lack of adequately trained health personnel,” says Maïmouna Ndour Mbaye, director of the National Diabetes Center in Dakar, Senegal. “This explains later diagnosis in rural areas where diabetes is too often discovered only at this stage of ketoacidosis, for example, with all the very dangerous metabolic consequences that it entails.”

Ndour Mbaye says that little is known about diabetes mortality due to a lack of accurate data, but she presumes that many children are misdiagnosed, especially in rural areas, and mortality is falsely attributed to other acute illnesses such as malaria. 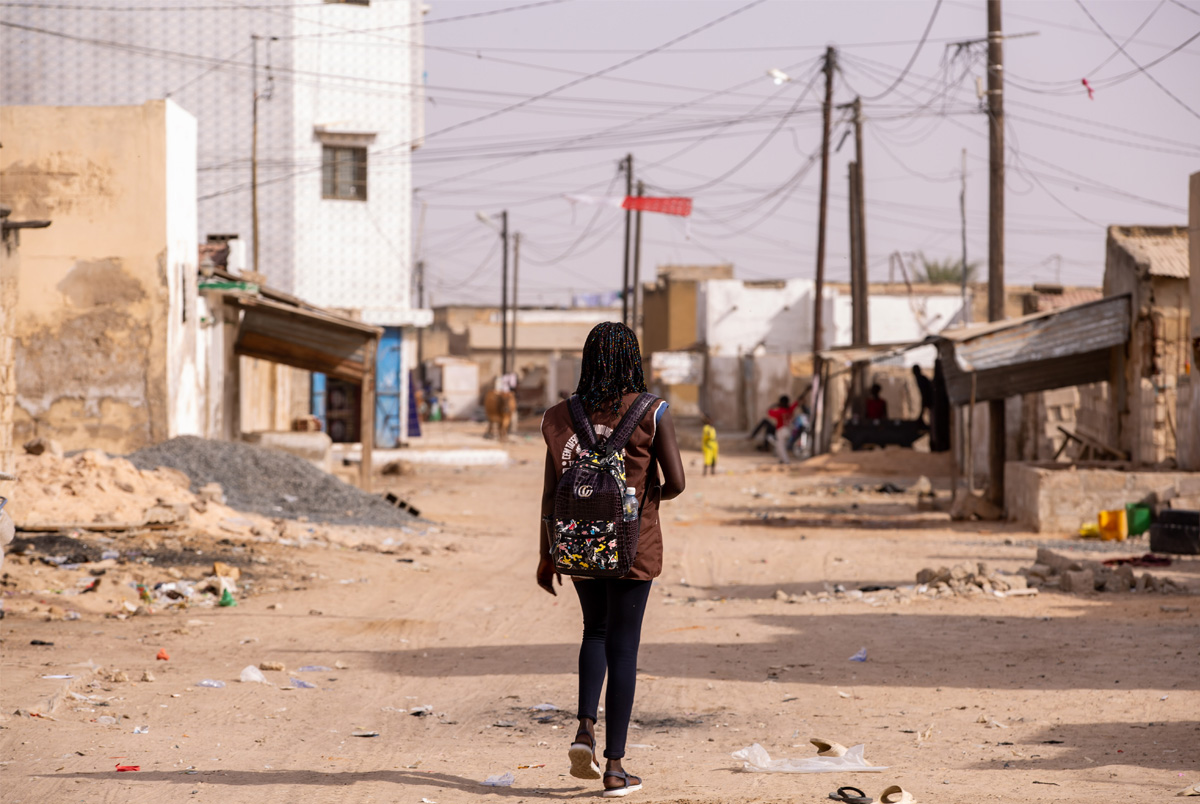 “Furthermore, there are big differences in social economical status that explain that only the wealthy patients living in urban areas will have, for example, regular access to treatment and adequate medical care,” says Ndour Mbaye. “Those children in urban areas will usually possess their own glucometers, while the majority of poor children rely on their blood sugar being monitored once in a while for free in public hospitals.”
Patients from the lowest socioeconomic backgrounds are the most dependent on their health systems for support. All these factors contribute to rural patients’ poor glycemic control and risk of complications. 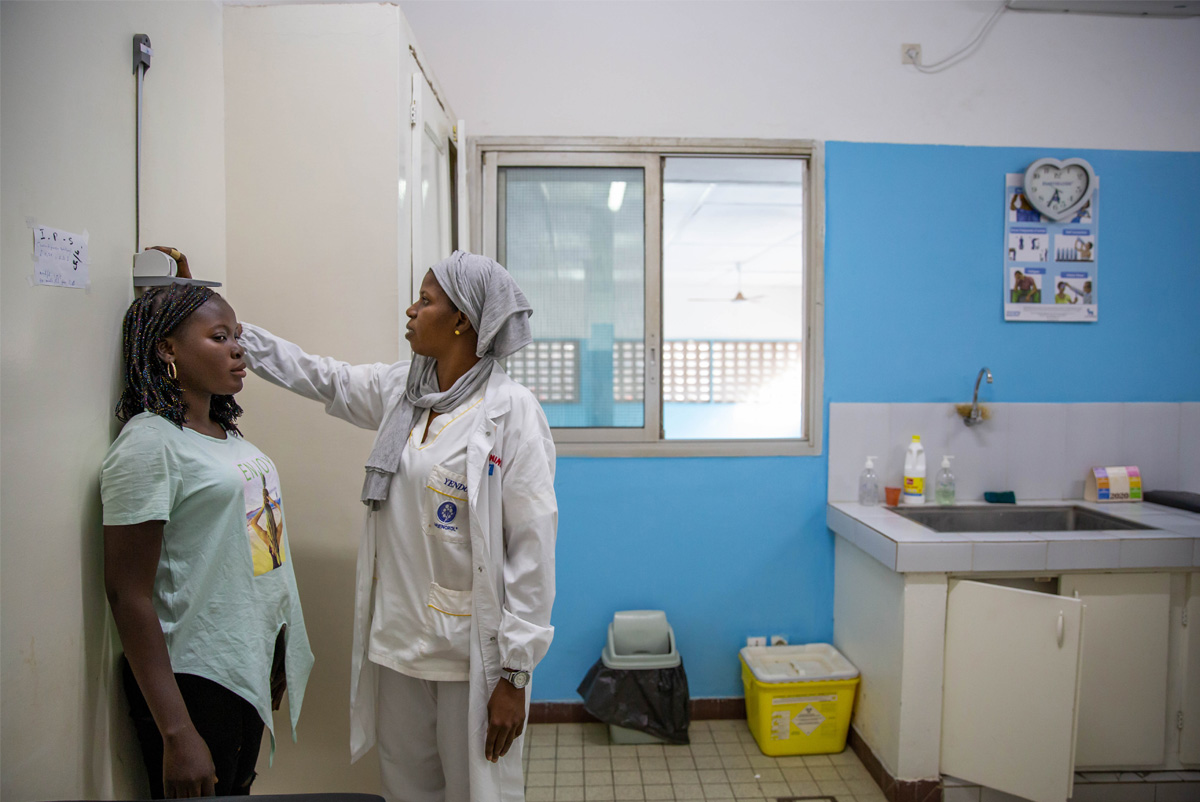 What extra requirements do rural children need? “Lack of research is an issue for accurate knowledge on the extent, characteristics and nature of type 1 diabetes in Senegal,” says Ndour Mbaye. “Patients' records are also poor, making it difficult to properly prepare health services.”

While Senegal joined the CDIC in 2017, Uganda was one of the first to sign up to the programme. Bahendeka was keen to start using digital patient records from the beginning. “It was a way of leapfrogging into the future by overcoming geographic barriers with management of patients in remote areas.”

In Bangladesh, telemedicine has been an effective engagement tool, especially during the Covid-19 outbreak, says Bedowra Zabeen, one of the first paediatric endocrinologists in the country. If a patient misses an appointment, their healthcare professional calls or texts them and offers advice over the phone.

Likewise, text reminders have worked in Uganda, says Bahendeka. “Children with type 1 need to be reminded of several things; Is the injection site quite good? Where are they injecting? Are they storing the insulin well?”

Children in Uganda can use a health passport which sends them reminders to return for services like eye check-ups and insulin refills. Before this, Bahendeka says they did not know how to measure the amount of insulin to send to rural clinics. 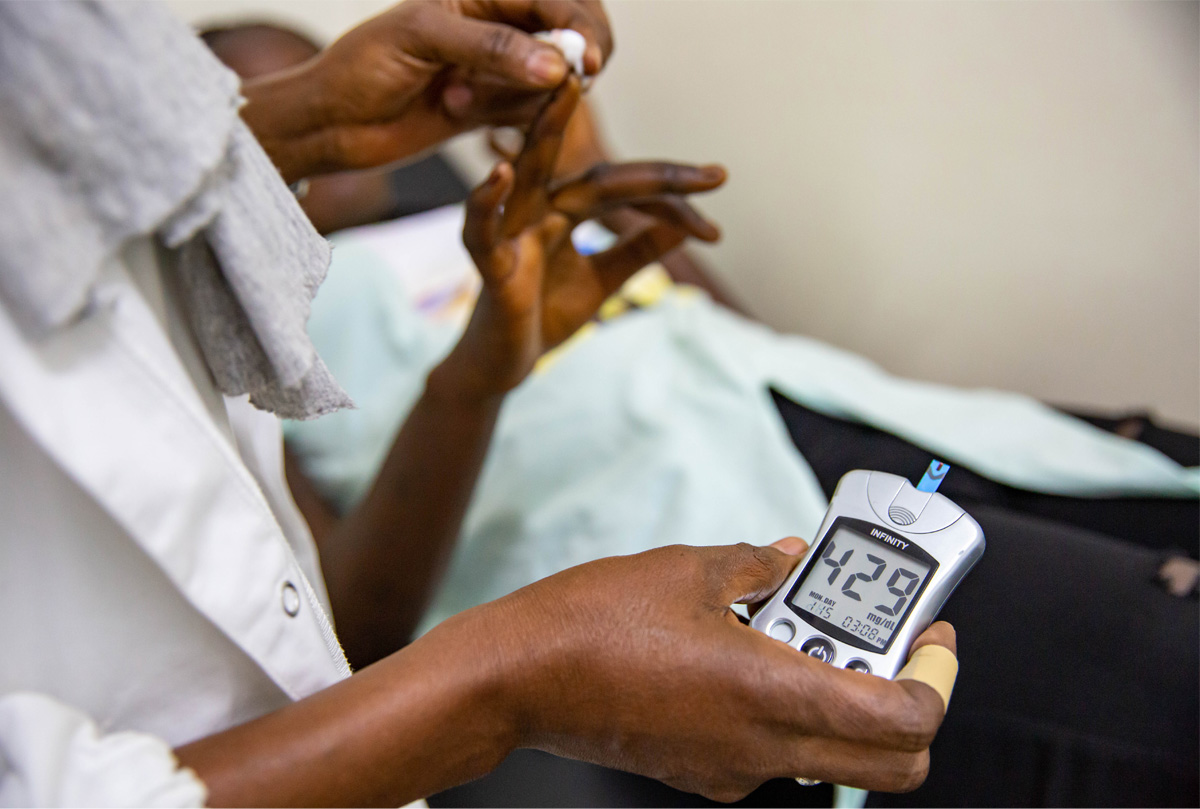 Using tech to reach patients has made another aspect of patient education easier; providing materials in local languages. “In the majority of cases, we have to give patients and parents education in their local languages which need to be translated locally,” says Zabeen.

Engaging with patients in their local language helps with another challenge; stigma. “When a girl comes to our centre, she needs another person to come with her,” she says. “Girls are hiding their diabetes because there is a chance of bullying. It is very important to create awareness in the community and among healthcare specialists.”

Stigma is also seen in some Ugandan schools that try to discourage children with diabetes from attending because they do not know how to provide diabetes care, says Bahendeka. “Our children walk to school, which might be 4-5km. So the things we look at here are; Does the child have enough insulin to get to school? Can the child go alone? How do you get a message home if the parents do not have a phone?

Bahendeka says they have had success engaging local leaders, who usually have a phone and can act as first points of contact. “You need to engage the community leaders,” he says. “Why do the community believe the traditional leader more than a western-trained person?” 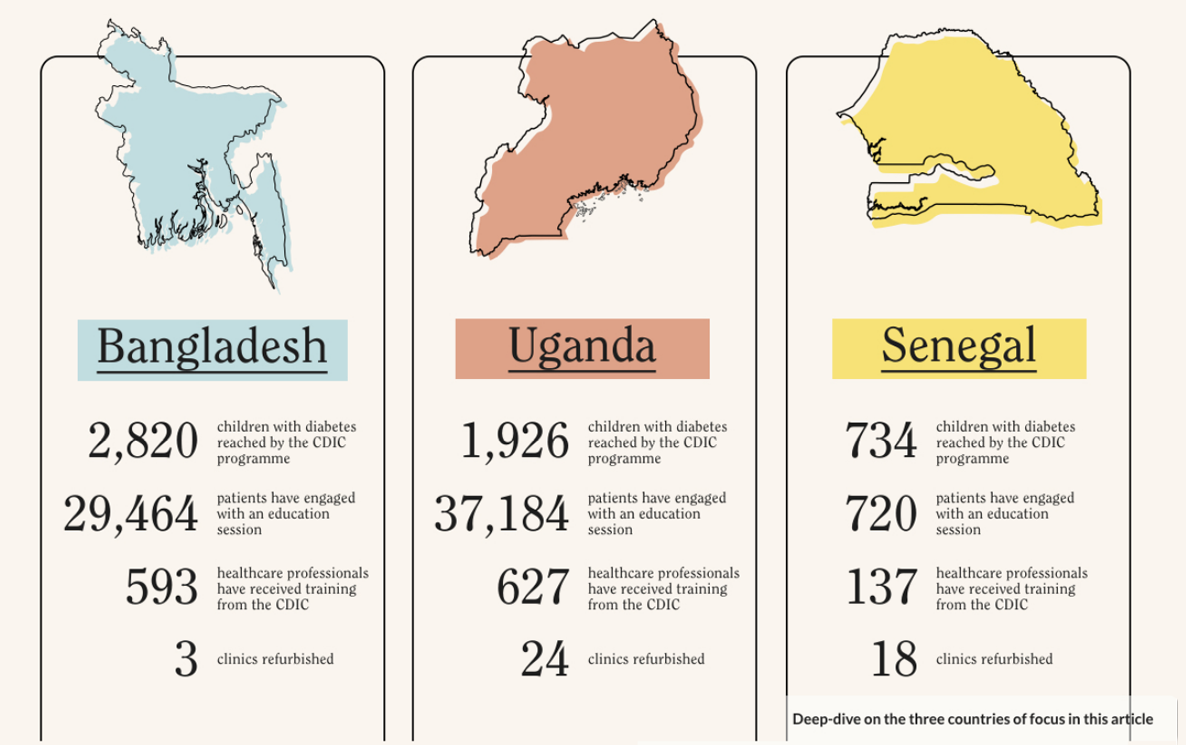 What are the reasons to be optimistic for the futures of children in those countries? And what remains to be done?

All patients with type 1 diabetes need insulin daily to stay alive. Before the CDIC partnership was created, one estimate suggested the life expectancy of a newly diagnosed diabetes patient in Africa was as short as one year. So, it is essential to find and treat those children.

“A few years ago, we could not even tell how many [children with] type 1 diabetes were being followed in our services, either in pediatrics or in diabetology,” says Ndour Mbaye. “Since we started our CDIC programme in 2017, we know exactly how many children have been diagnosed.”

The Senegalese programme aimed for a total recruitment of 500 children, and reached 730 earlier this year, some of whom were in rural areas. “Moreover, we know the geographical distribution of those patients,” says Ndour Mbaye. “And thanks to the training of healthcare professionals in almost all regions of the country, and also to better collaboration between pediatricians, diabetologists, GPs and paramedics, accessibility to diabetes care has been improved for all those patients.” 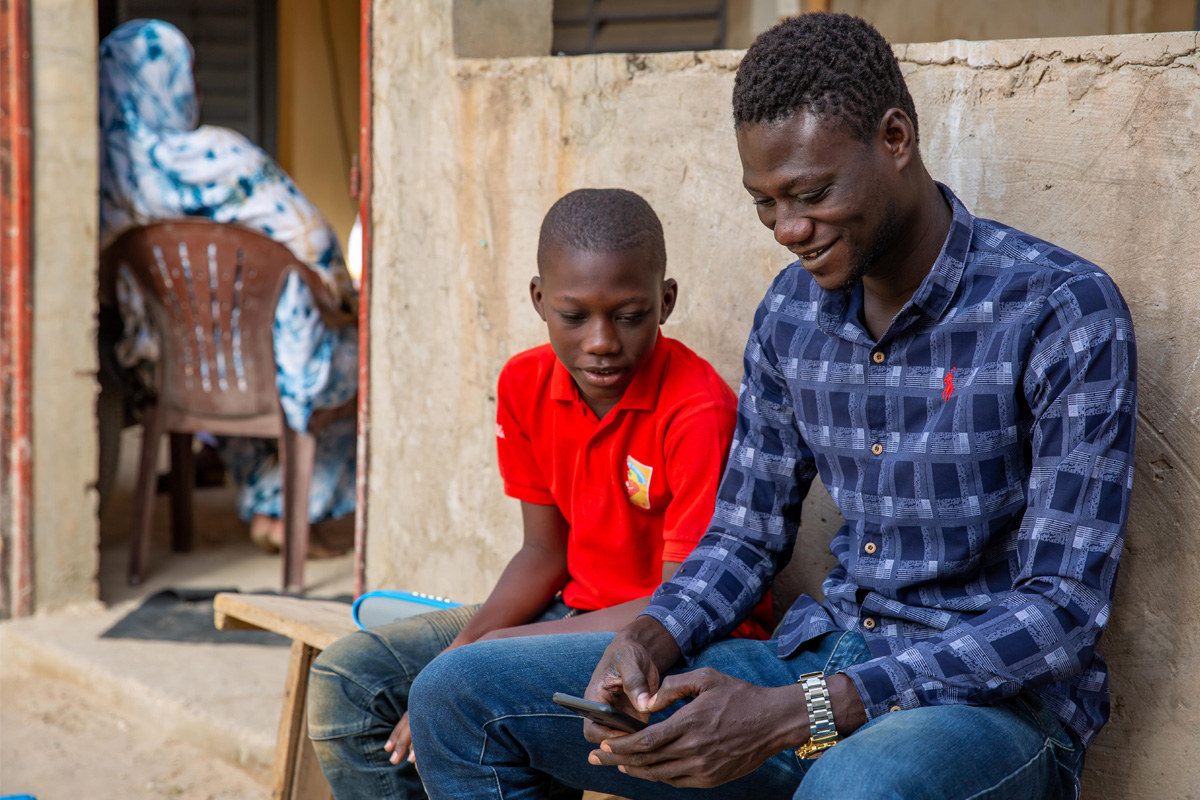 But, insulin is not always available on an interrupted basis in many parts of Senegal, she says. Available data may not reflect a true picture of the prevalence of diabetes among children. And as a consequence, the country still faces frequent shortages, because needs are not properly assessed before orders are placed. Zabeen agrees that a significant challenge remains in reaching those undiagnosed patients.

Having more experts in the field significantly improves data collection, says Ndour Mbaye. “There must be annual screening for acute and chronic complications associated with diabetes in order to prevent the occurrence of those complications in future.”

“The picture is much brighter than a decade ago,” says Bahendeka of the situation in Uganda. “Now, as we talk, we have almost 2,000 children diagnosed with diabetes.” Adding that it is unthinkable that they could have reached this number without the CDIC partnership.

“Children with type 1 diabetes can live a healthy life and become individuals who can succeed in society,” he says. “Those are the ones who will change the mindset of the community.” 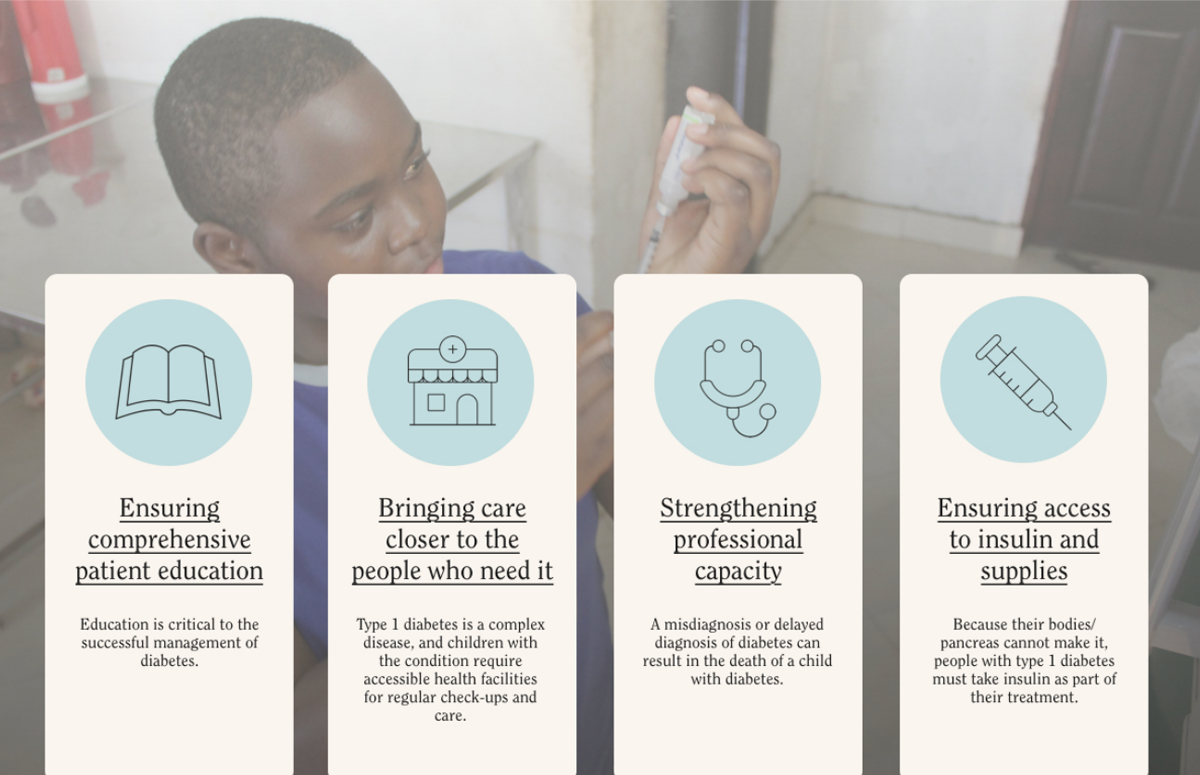 ***
Paid and presented by Novo Nordisk. 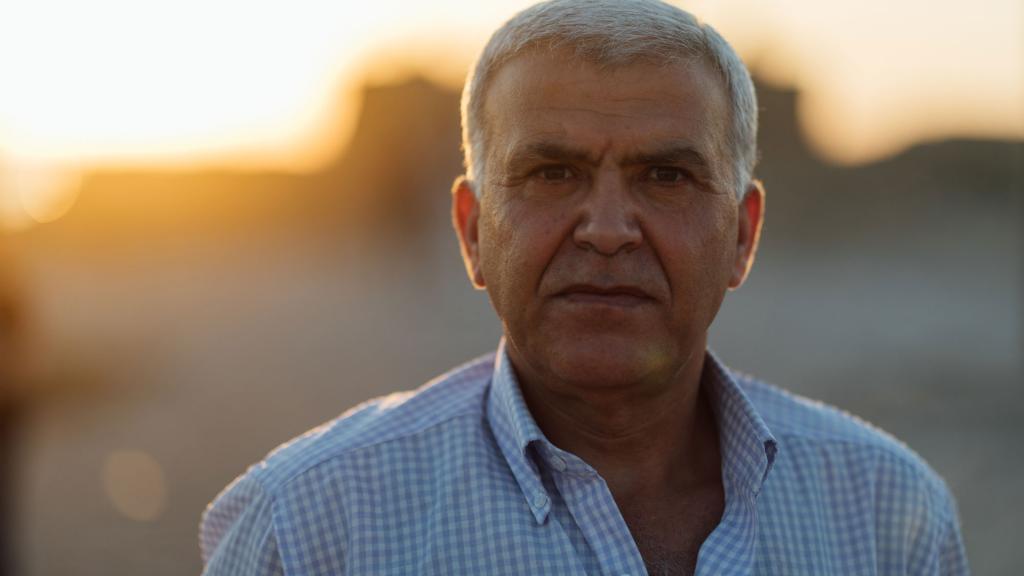 Managing diabetes in a humanitarian crisis

As a Syrian refugee with type 2 diabetes, Abdel has to consistently manage his condition - despite shifting sands that saw him flee his home. 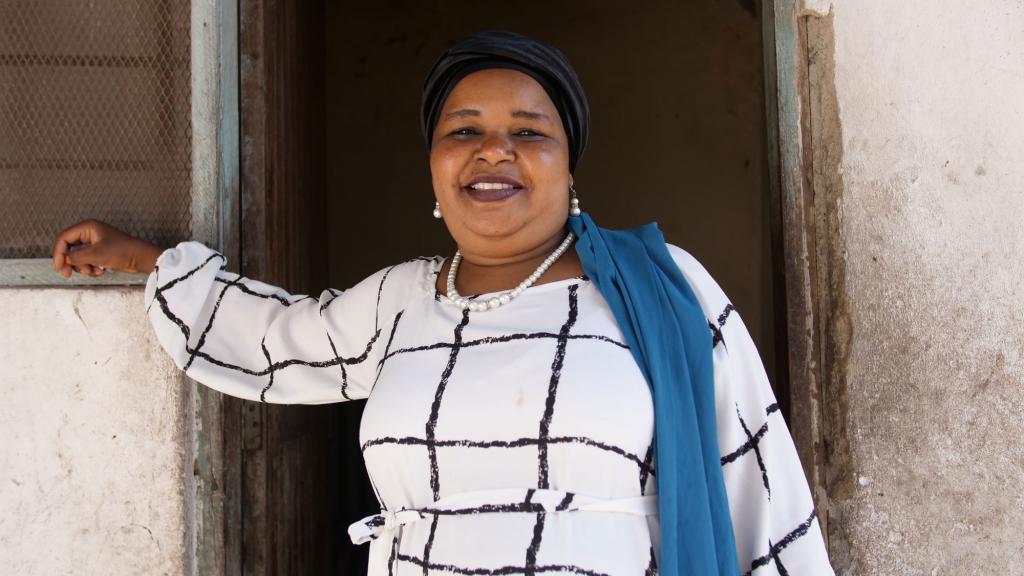 Faidha is living with type 2 diabetes in Tanzania. Faidha’s story is not unique; diabetes and other NCDs are on the rise in Tanzania and around the world. 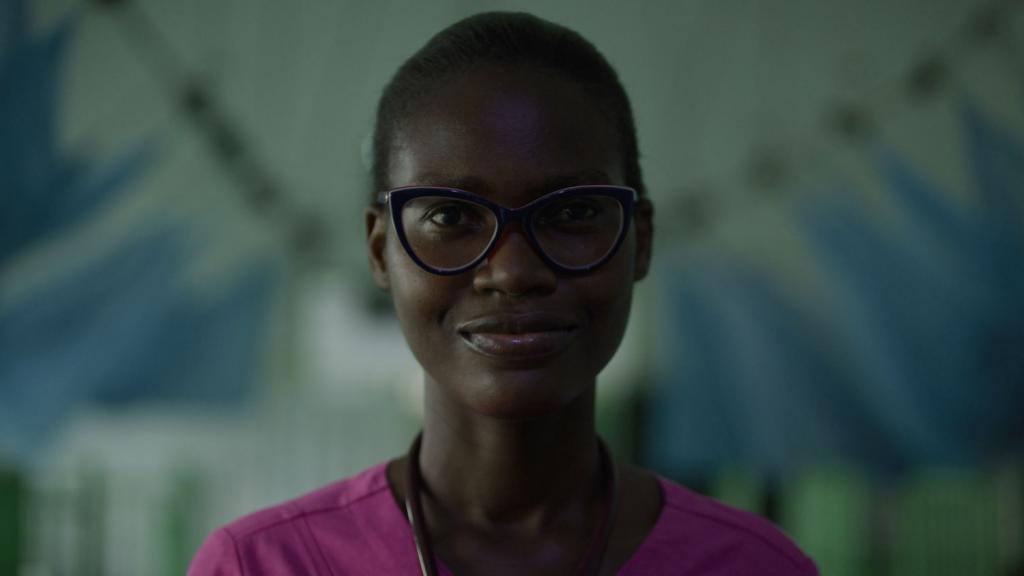 Shining light on an invisible danger

Many people living with diabetes, like Musah, struggle without realising they have the condition, especially when services are not always accessible. 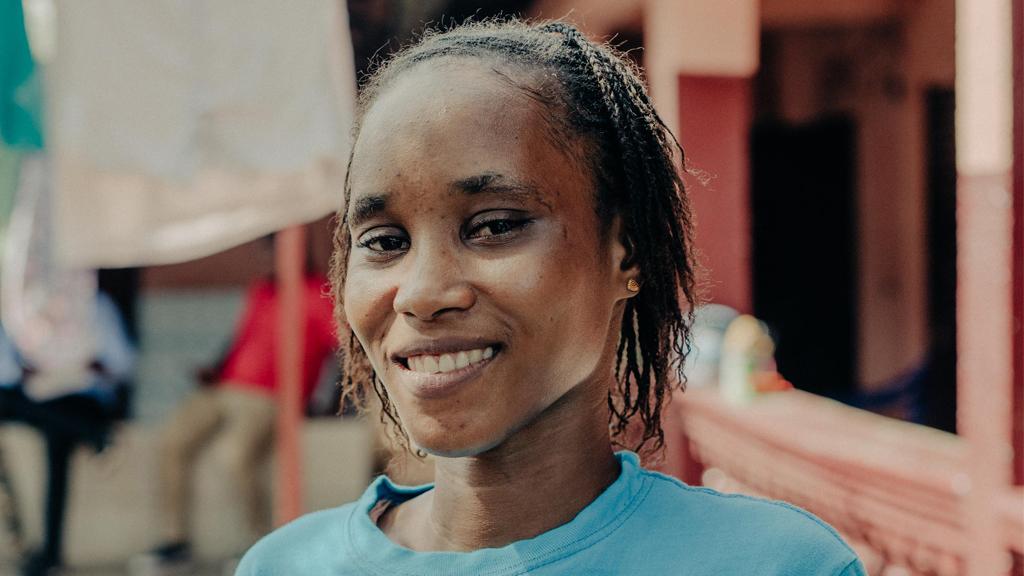 Giving children a chance: The new face of diabetes care in Guinea

Every child deserves a healthy and happy childhood. But for people like Bilkhissa who grew up with type 1 diabetes, limited access to services, poverty, and stigma can make this complicated. 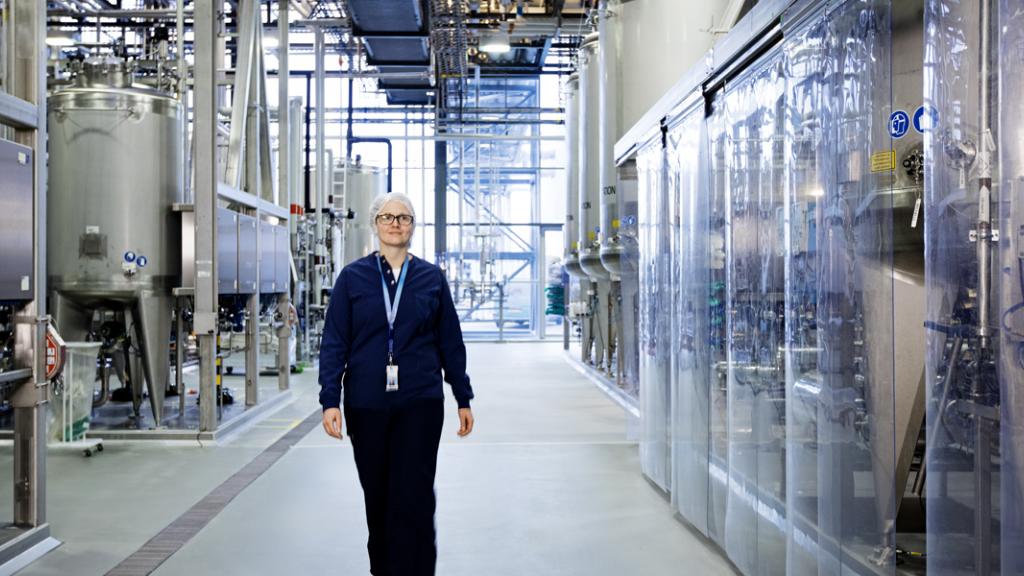 The journey of a vial

A diabetes diagnosis leads to a series of journeys - not just that of the patient, but that of the insulin they need. Go behind the scenes and travel with us from a Danish factory to Ghana to learn more about the distribution of this well-known life saver. 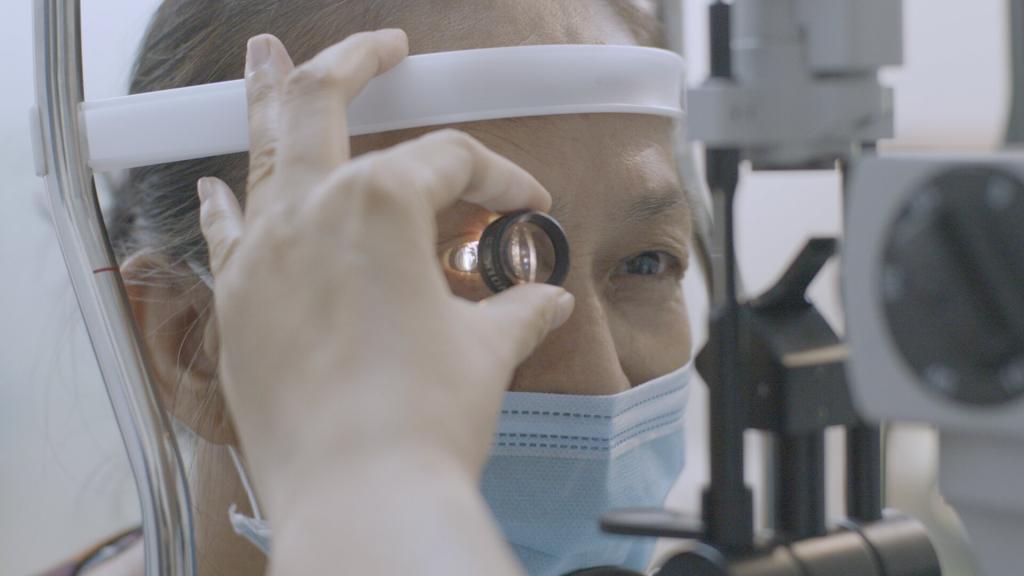 How did one man’s vision help countless people see? 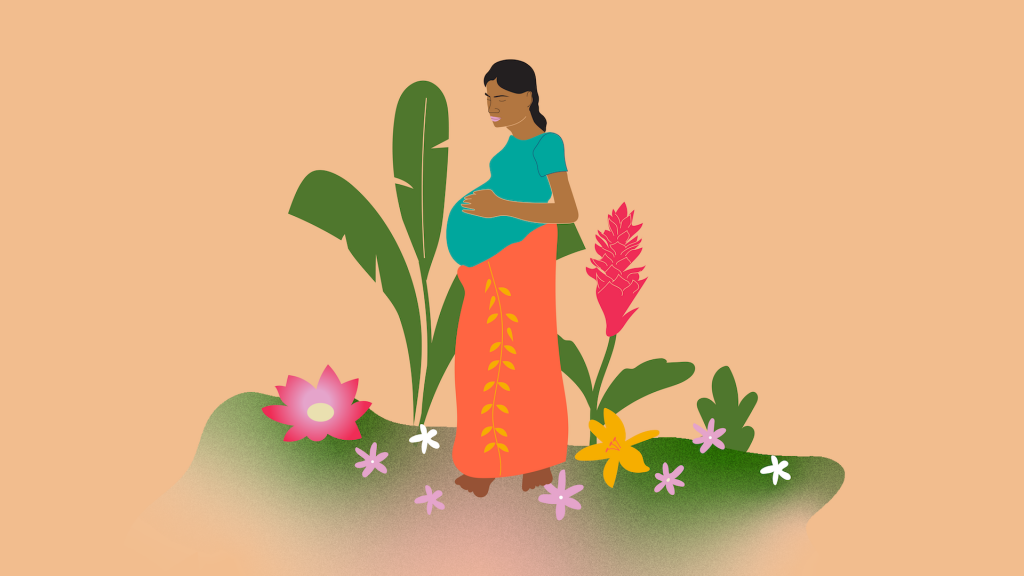 As a community midwife, Sujata has from first-hand experience of the heightened health risks a pregnant woman faces - including developing non-communicable diseases like hypertension. 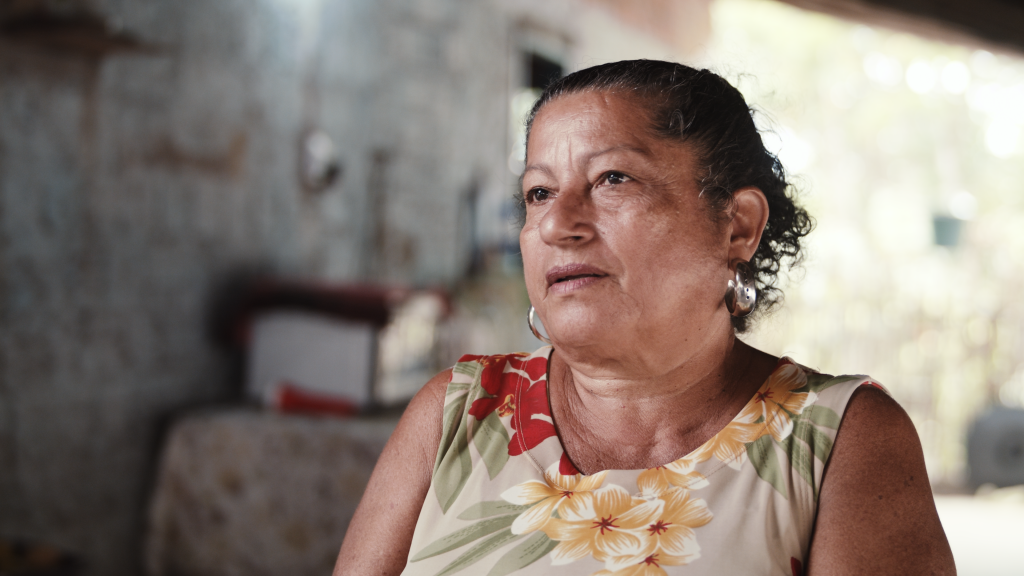 When small things can make a big difference in health

Your home address should not define your quality of life – but for Maria, managing multiple health issues in a rural Brazilian village miles from a health clinic, it does. 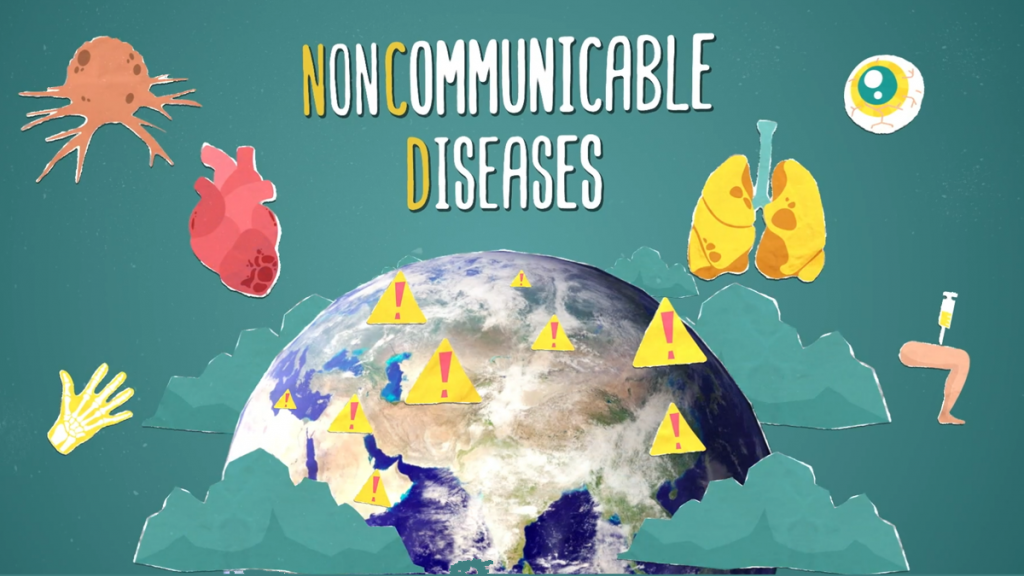 Back to basics: What are NCDs?

They are known as "the silent pandemic". They cause over 41 millions deaths a year. They disproportionately affect the world's poorest. But what actually are noncommunicable diseases? 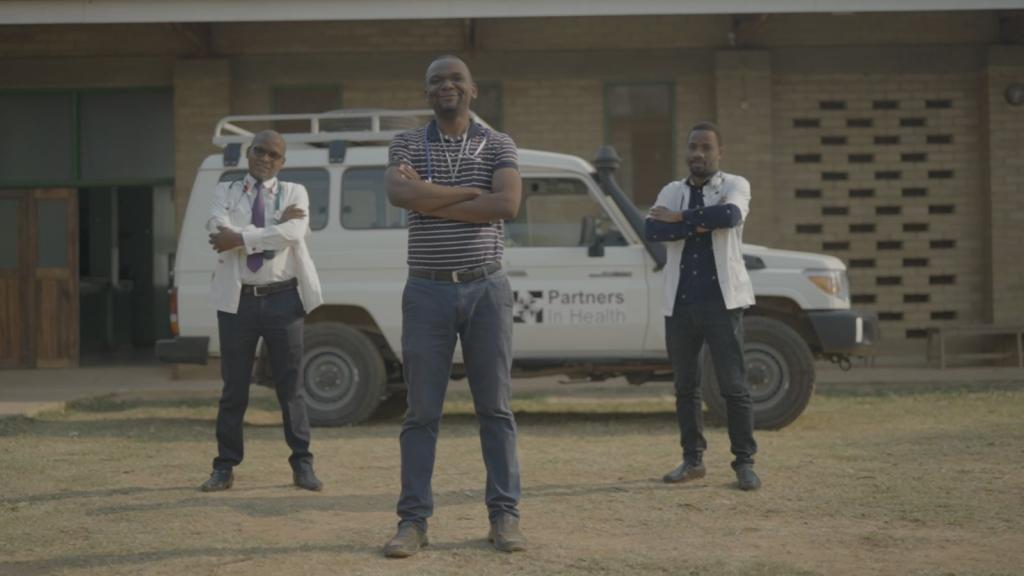 A holistic approach to healthcare 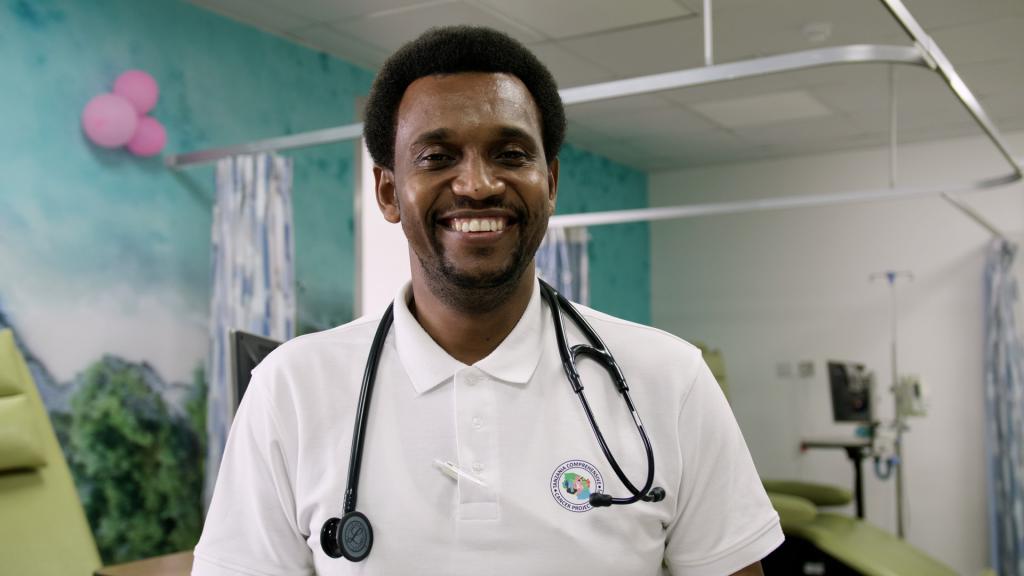 How Tanzania is improving cancer outcomes for women

Diseases don’t discriminate and in Tanzania, breast and cervical cancer are the most common cancers affecting women today.