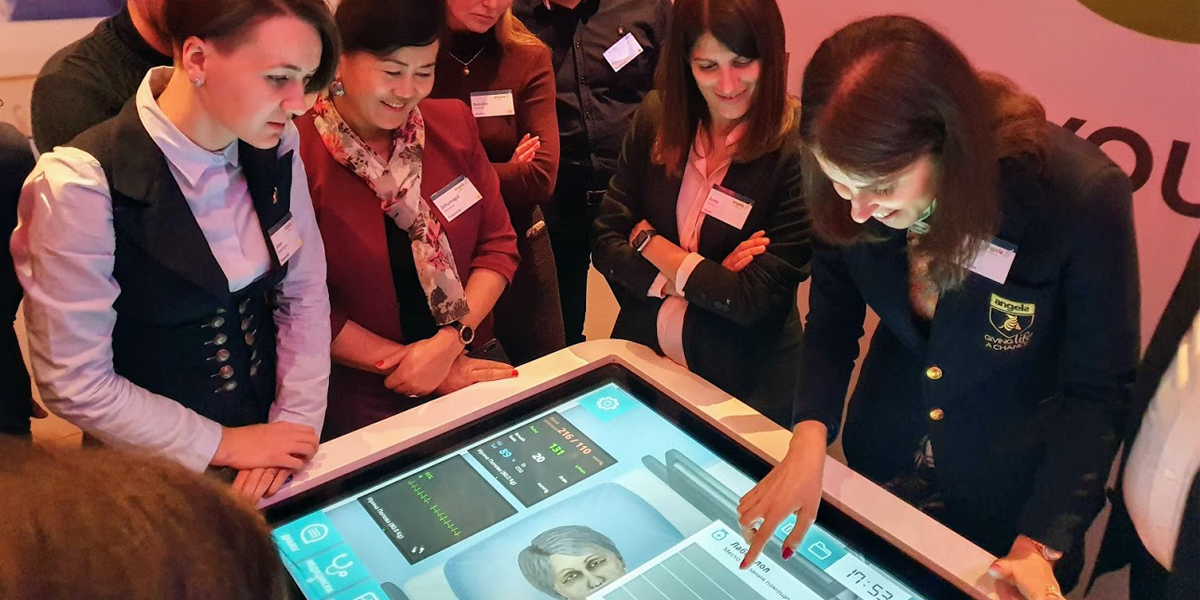 The Angels Initiative has been helping to transform almost 6000 hospitals in 130 countries worldwide to date, helping millions of stroke patients in the process.
Now they plan to save even more lives by taking their message into the community.

One in four people will experience a stroke at some point in their lifetime. Even with improved treatments and medicines, about half of stroke survivors, of which there might be 80 million worldwide today, will live with significant physical disabilities and communication difficulties.

The speed at which a patient receives treatment is critically important to improve their chances of avoiding those disabilities, but in many places around the world, the right treatments are out of reach. Valeria Caso, former president of the European Stroke Organisation (Eso), and a stroke neurologist at the University of Perugia stroke unit, says that in many countries patients miss a critical treatment threshold. From Italy to India, a patient might take more than an hour to receive the treatment they need.

“Most strokes, between 80% and 90% in the Western world, are caused by blood clots,” says Thomas Fischer, project lead and co-founder of the Angels Initiative alongside Jan van der Merwe. The clot prevents blood from transferring oxygen to tissues beyond it. Every second, millions of neurons in an oxygen-starved brain begin to die. Every second counts. 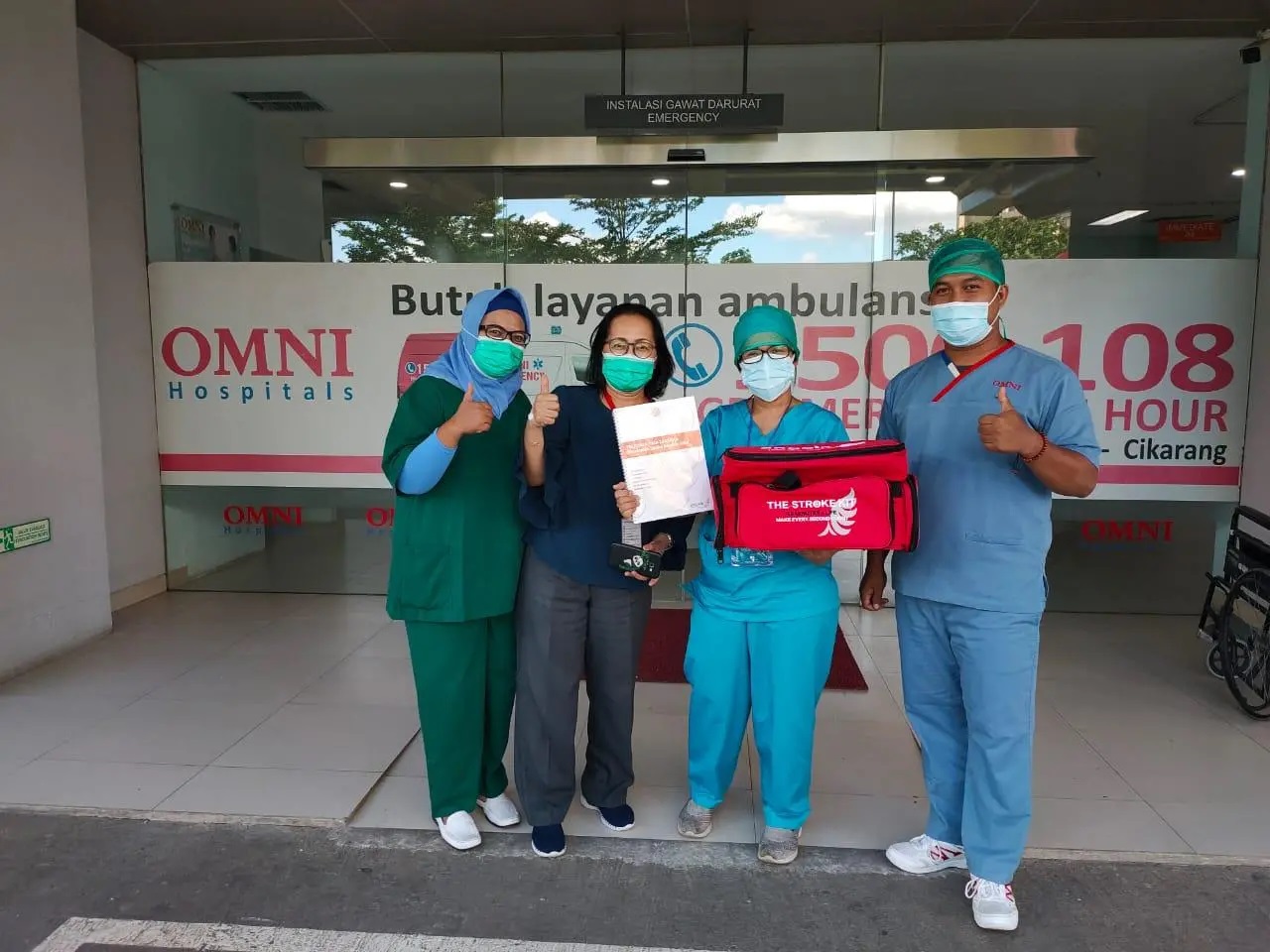 Caso first came to be involved in the Angels Initiative after Fischer approached her, explaining “[the Angels Initiative will try to solve] how to treat stroke right from the beginning, from onset, to the moment that the patient comes to the stroke unit with access to fast and safe care.”

Caso says she saw a large gap between the guidelines being recommended by scientists like her and what was being practiced in the hospitals. There was a need to bridge this gap through on the ground education.

“Stroke treatment is a chain,” she says. Firstly a patient (or their family) must recognise a stroke, then a first-responder must send a “pre-notification” or warning message to the stroke unit to prepare for the patient’s arrival. All of this requires correct and speedy identification.

Once at the hospital, to give a patient the best chance of survival, there are five key areas that a stroke unit must improve, says Fischer. They are; the time it takes to access a stroke unit, if it offers fast recanalisation therapy, thrombolysis or endovascular therapy and post-treatment care, and if it scores highly on quality monitoring.

To reduce the time to treatment, the Angels Initiative has been working to increase the total number of stroke-ready hospitals. “The problem is that the so-called comprehensive stroke units are not distributed in a huge amount through [some] countries,” says Fischer. Up to 70% of stroke patients are treated in hospitals that are not stroke-ready, he says. One way to increase the number that are stroke-ready is by upgrading existing hospitals to offer specialist stroke treatments.

Recanalisation is a procedure that breaks up clots to restart blood flowing through an artery or vein. One type of recanalisation is thrombolysis therapy: a protein is used to dissolve and dilute the clot so that the blood flow is restored. But, says Fischer, only a fraction of patients might be eligible for this treatment as it must be administered within a few hours of the onset of symptoms. 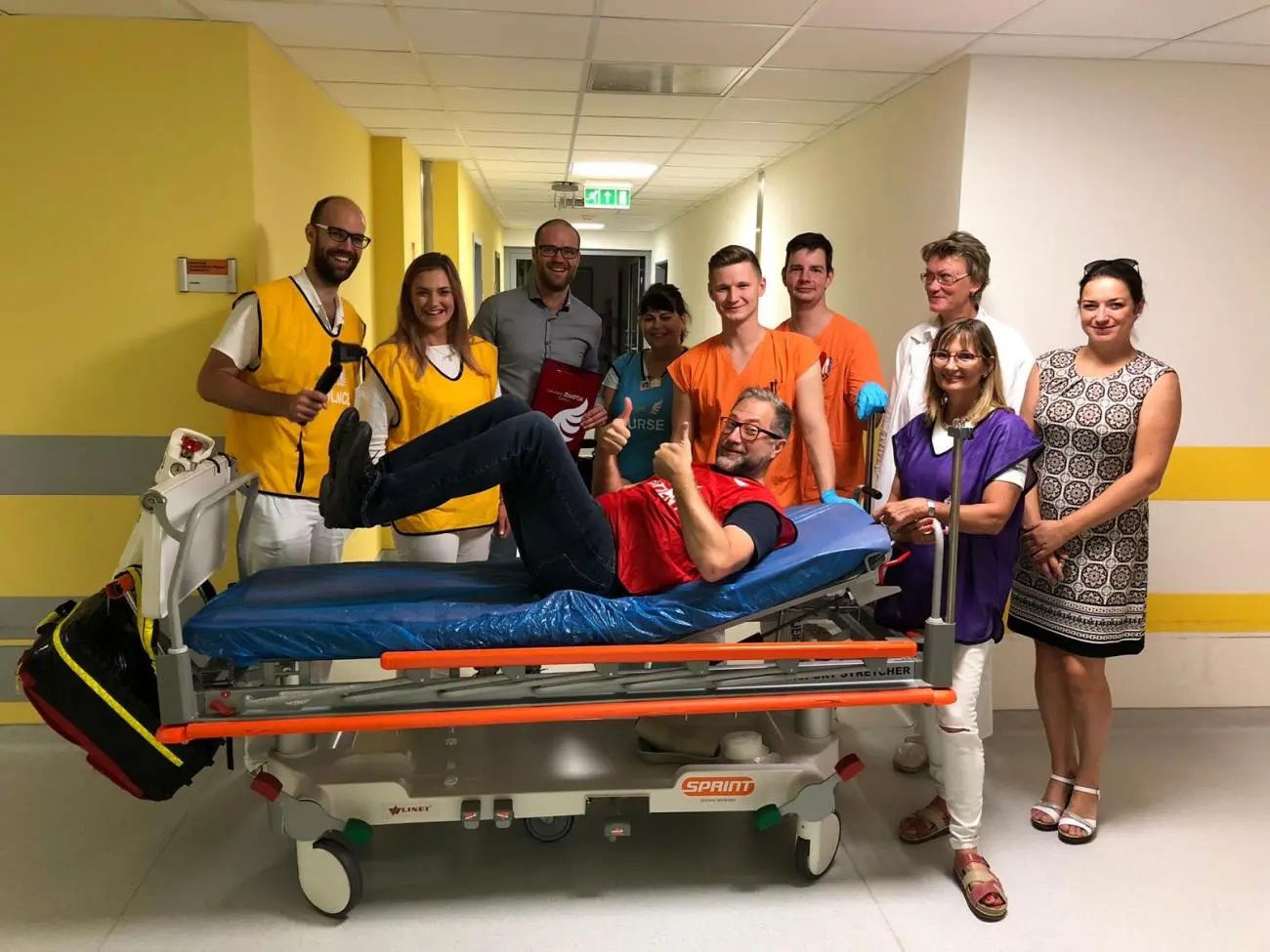 Another method of recanalisation involves the clot being pulled or sucked through a catheter, and finally a “bridging therapy” uses a combination of catheter and medication to dissolve and remove the clot.

To be able to perform these treatments, a hospital must have specialist equipment and trained stroke teams. Those teams might be made up of a neurologist, emergency physician and stroke nurses with access to a CT scanner that is used to check for signs of trauma. “You have to exclude bleeding before starting the treatment,” explains Fischer, “a CT is a prerequisite.”

Post-treatment care can also reinforce the benefits of a speedy referral. “If you screen the patient for fever, for the glucose level in the blood, and for swallowing disorders, and react accordingly, then you can have a massive, positive impact on the outcome of patients, you can reduce the mortality and disability by 20%,” says Fischer.

Post-treatment care can be a cheaper way to make improvements for patients. “It would solve a lot of problems, specifically in low- and middle-income countries, just do the screening for swallowing disorders,” he says, referring to one of the post-treatment checks.
Finally, the Angels Initiative rewards stroke units based on the results of quality monitoring. Units are awarded a gold, platinum or diamond award for the quality of their treatments. 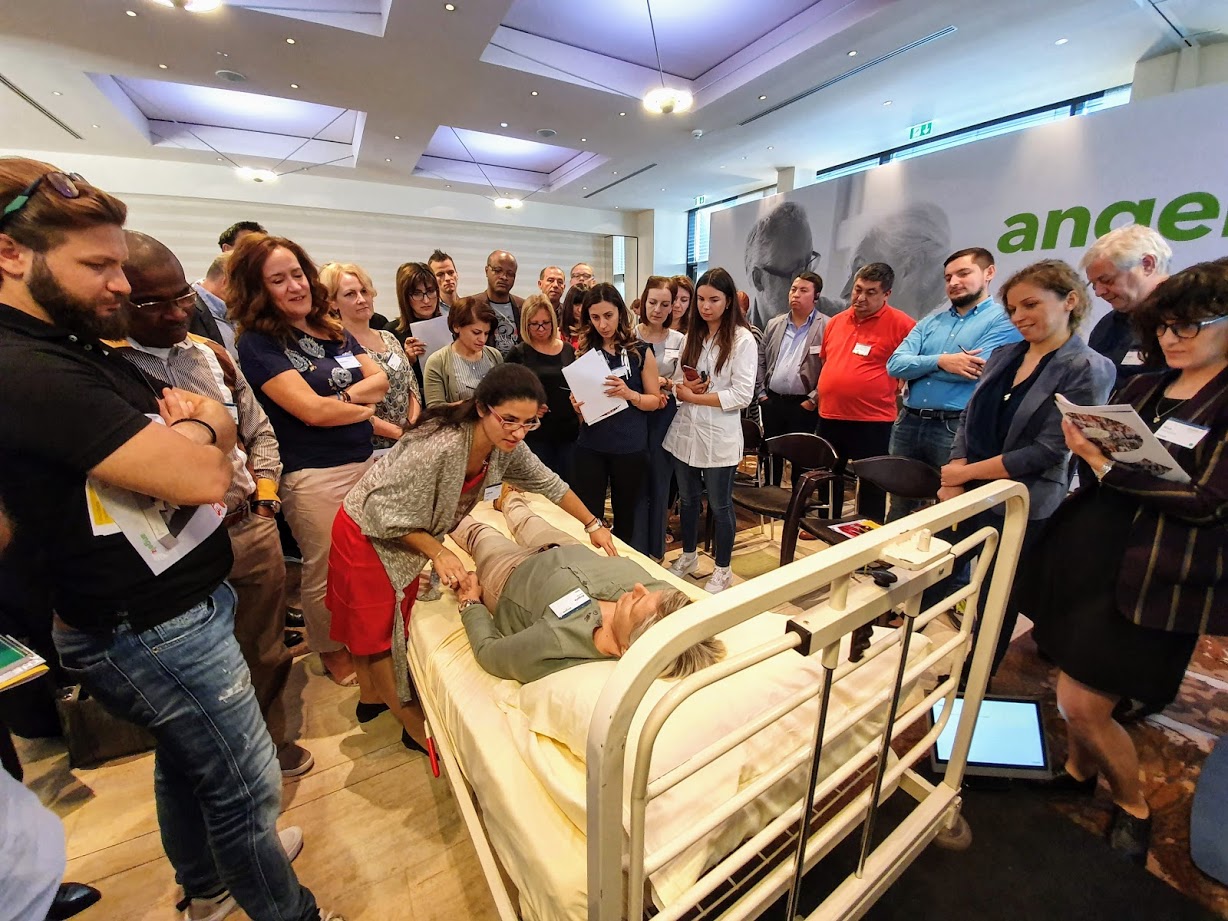 Romania, a country with a population of about 19 million, had only 10 hospitals capable of treating stroke patients in 2016, of which four were registered with the Angels Initiative. Today, that figure has jumped up to above 40, says Cristina Tiu, head of the stroke unit in the University Hospital Bucharest.

Before the Angels Initiative, the door-to-treatment time in Romania was 78 minutes. Within five years, that figure had been cut by more than one-third, to 49 minutes. Tiu is proud of this statistic, but recognises it could be improved on further.

The time gains so far have been a result of simulation training and being smarter with screening. “The training is important because you show [medical professionals] where to gain time – that you do not have to wait for such-and-such analysis,” she says, giving the example of asking a patient if they take anticoagulants if they are still coherent, rather than running a test for it.

Young doctors have been “eager” to take on this new training, which has a positive impact on their colleagues. “They were enthusiastic,” says Tiu. “And when older doctors came, and they saw these [doctors] under 30 talking with such calm confidence and explaining, I think it was a good motivation.”

But Italy is another example of a country where the difference between regions is evident, says Caso. The national average to reach treatment was 82 minutes in 2016, Caso says that 80% of stroke units are in the north of the country, meaning there is a huge disparity in terms of access to treatment depending on where an Italian lives. Since joining the Angels Initiative, progress has been made, but it has been slower. Door-to-treatment time is now 72 minutes, a decrease of 12%. 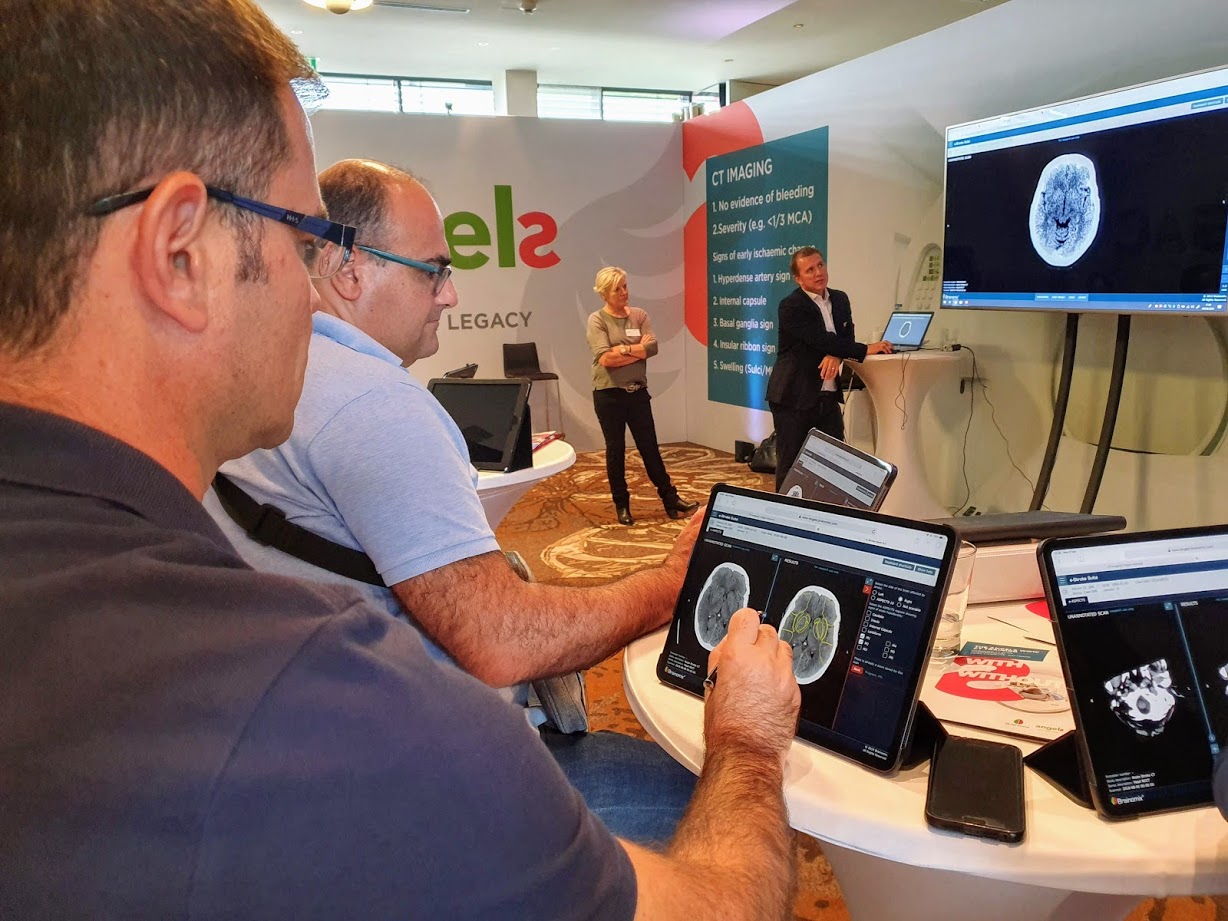 The Angels Initiative is now aiming to improve patient’s chances before they reach the hospital by working with emergency services and through public engagement campaigns. Their “Fast” campaign (which stands for face, arms, speech and time), highlights the three key indicators of a stroke; drooping of the face and loss of movement in the arm on one side of the body, followed by slurred speech. Finally it reminds members of the public of the importance of acting quickly.

Fischer says that public campaigns like this work best when they are in concert with training for first responders and emergency service phone operators. It would be no good, he says, to have more members of the public calling in, if the phone operators do not know where the nearest stroke-ready hospital is.

The Fast heroes campaign aims to reduce another margin; the symptom-to-door time – or the time it takes a patient to recognise something is wrong. Fischer says that stroke units can be well-prepared, but patients still arrive too late, reducing their chances of survival.

In the five years the Angels Initiative has been running, millions of patients have been seen in upgraded stroke units. But there is still a way to go. Tiu says there are six counties in Romania without hospitals able to perform thrombolysis therapy – meaning around two million people do not have adequate cover in the country.
She says the process to get to this stage has been challenging, but is optimistic that eventually Romania will be able to provide good stroke care to everyone. “If you want, you can do it,” she concludes 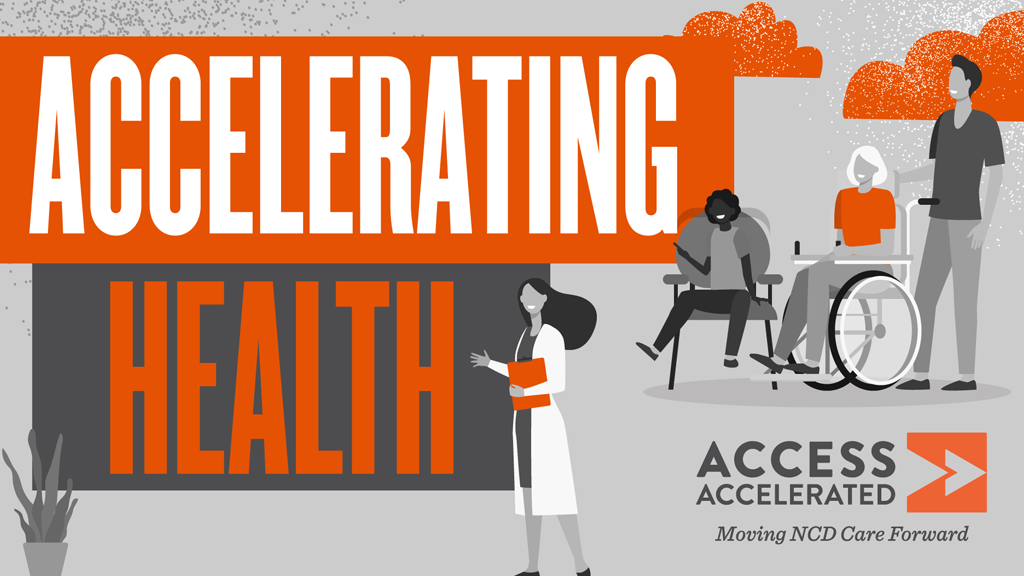 In Accelerating Health Podcast we talk to people and communities that are impacted by NCD’s, and hear from those who are exploring innovative solutions through research and technology to make sure access to NCD care is equitable and fair. 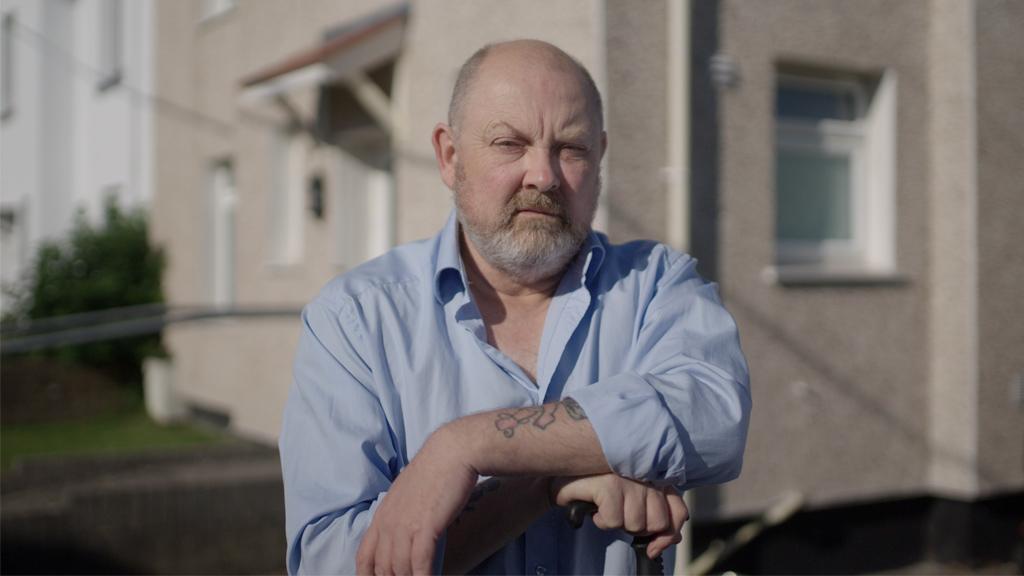 John is no stranger to health problems – yet being diagnosed with chronic kidney disease (CKD) highlighted the importance of his kidney health. 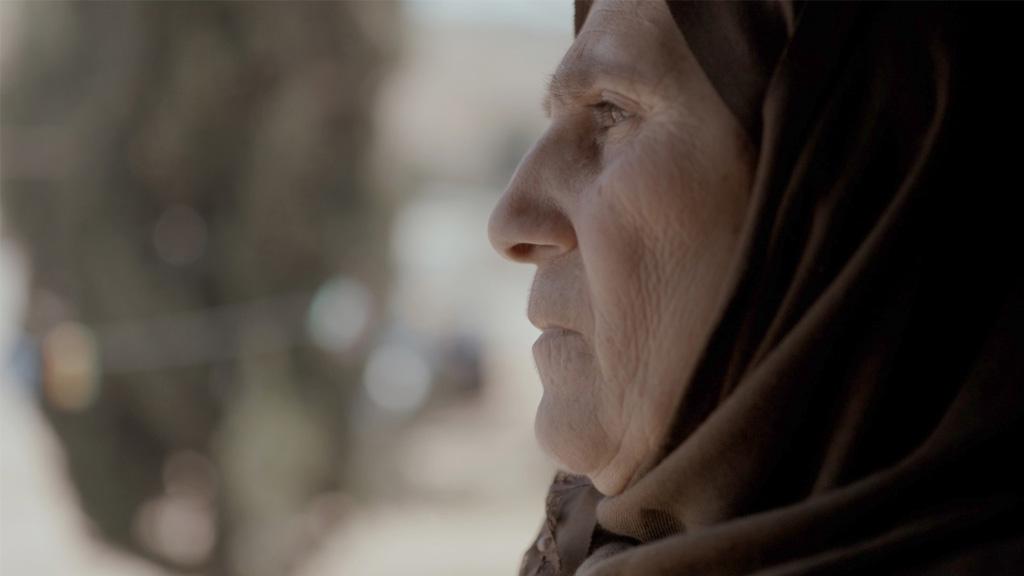 The key to unlocking migrant healthcare?

When people flee their homes, they leave many things behind - like vital medical records. The Sijilli programme provides refugees with a way to access their records, wherever their journeys take them. 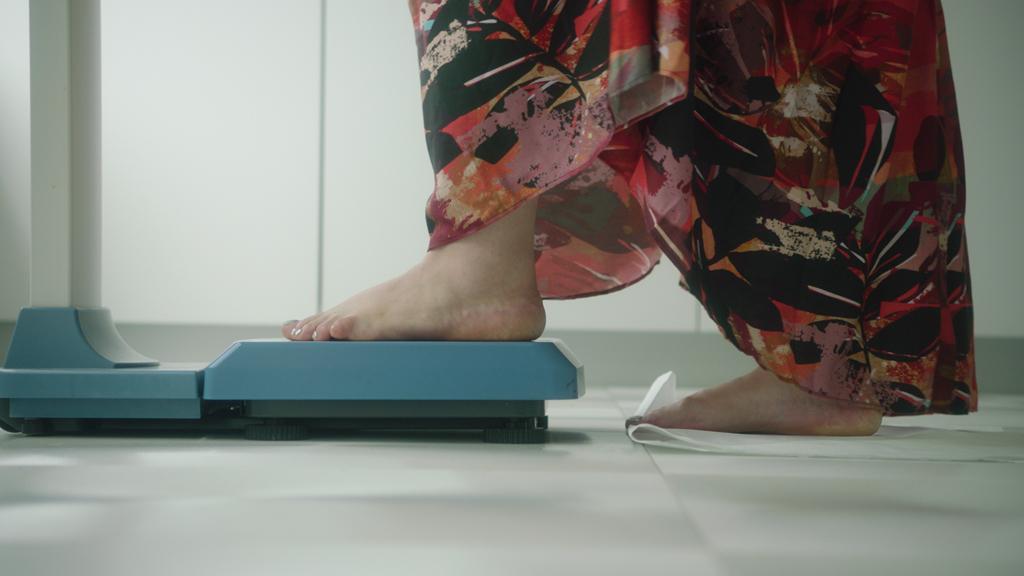 From small steps to systemic shifts

Desi’s weight fluctuation has plagued her for much of her life, and she’s not alone. Could systemic changes help bear the burden, making it easier for people to make a meaningful lifestyle transformation? 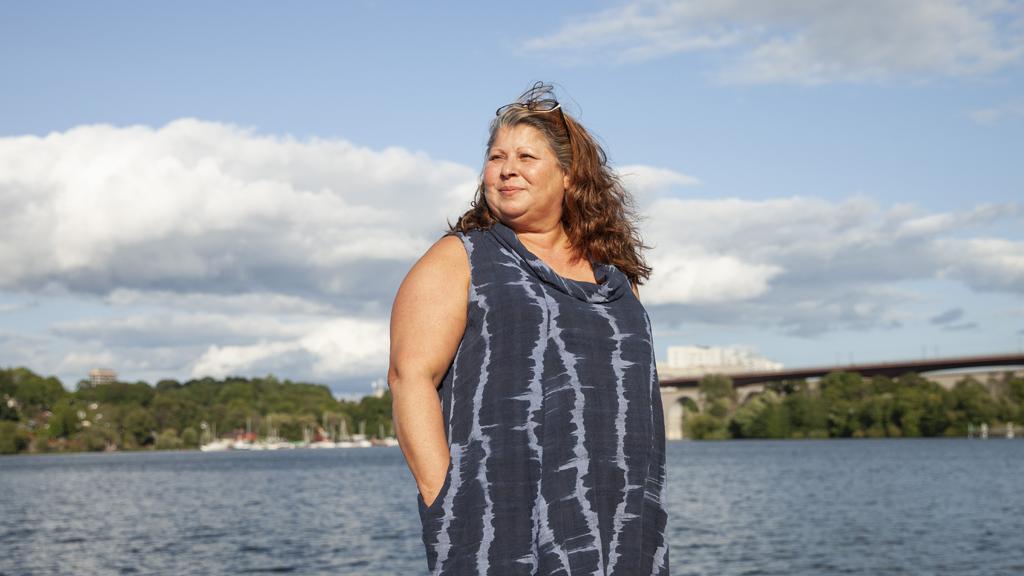 Disrupting diabetes with a digital ecosystem

Discover how a programme in Sweden is implementing digital support for people like Selma, who is making lasting lifestyle transformations to reduce her high risk of type 2 diabetes. 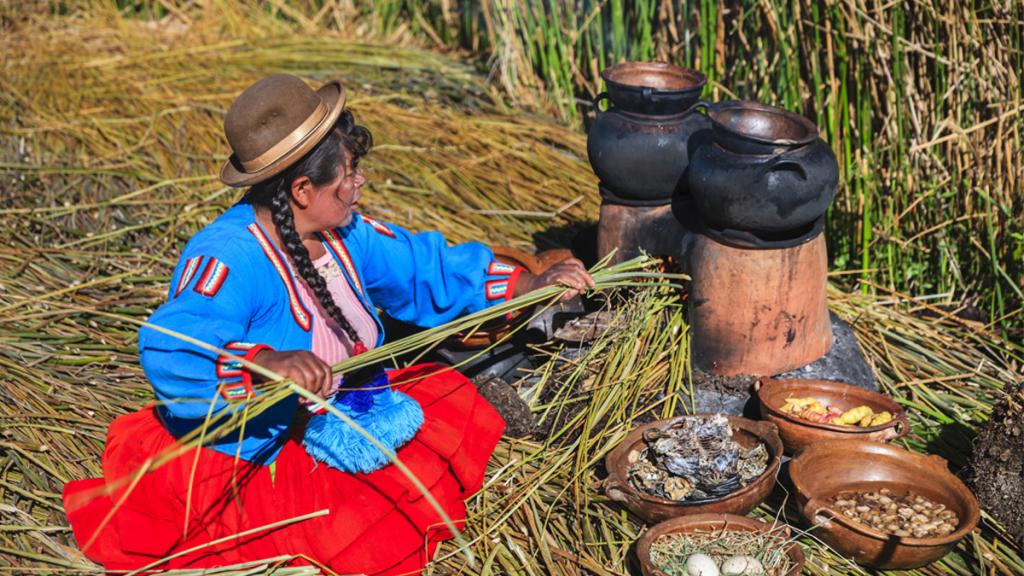 The cultural sensitivities of salt reduction

High blood pressure is on the rise in low- and middle-income countries, with a high-salt diet one of the well established risk factors. Raised blood pressure, as a result of consuming high levels of sodium in salt, increases the risk of cardiovascular diseases like heart attacks and strokes, which are now the leading causes of death in developing nations. 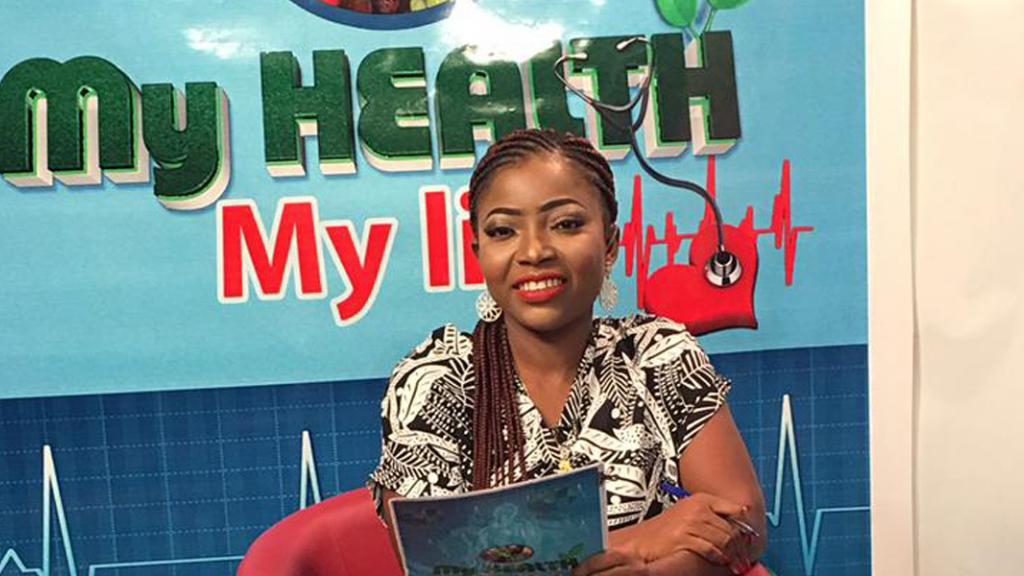 Worldwide, more than 850 million people have some form of kidney disease. We spoke to patients with CKD, who now act as ambassadors, to hear their stories of discovery, awareness and advocacy. 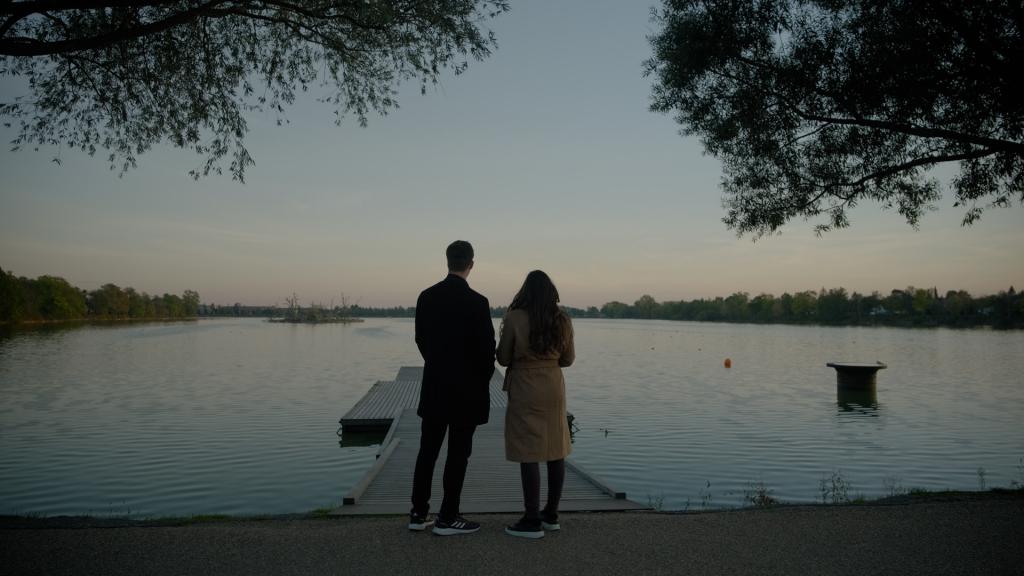 The battle for better brain health

Malene’s hopes have been shattered over and over again by treatments that couldn’t relieve her debilitating migraines. 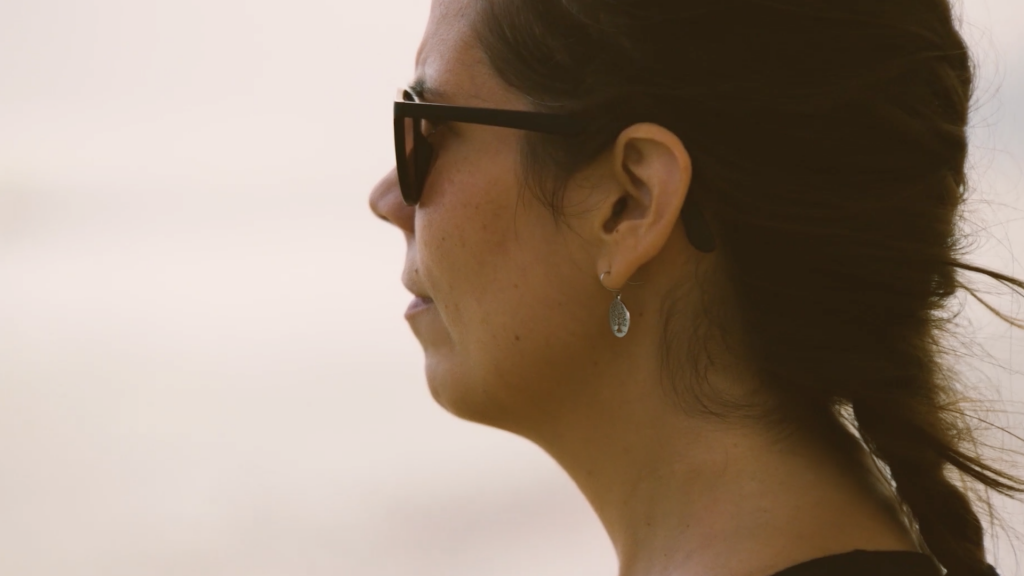 How the NCD community coped with Covid-19

Cris’ independent spirit was crushed when her worsening mental and physical health forced her to move back in with her parents during Covid-19. 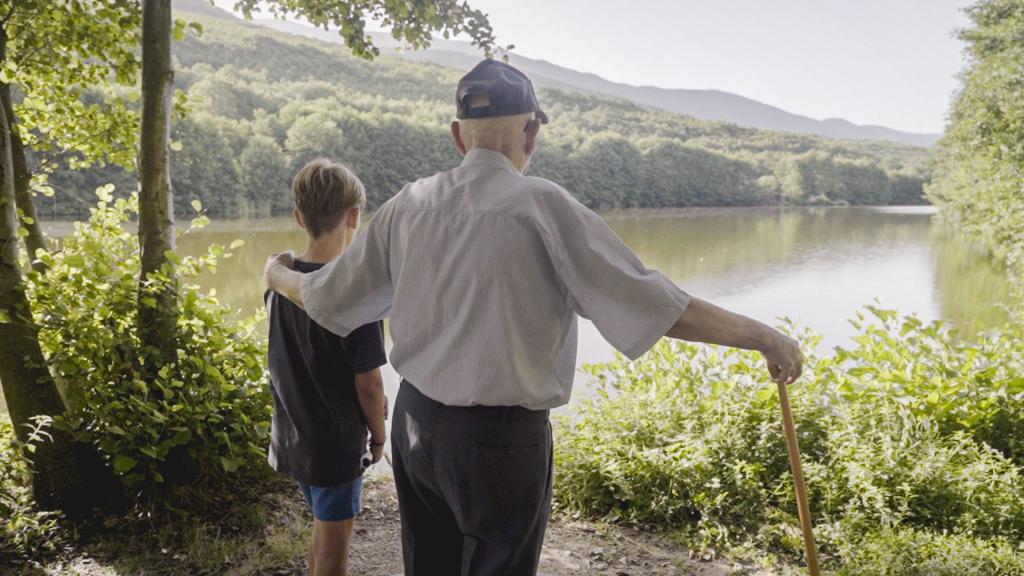 How do you broach a difficult conversation? Many of those at risk of a stroke struggle to discuss the possibility it could happen to them. 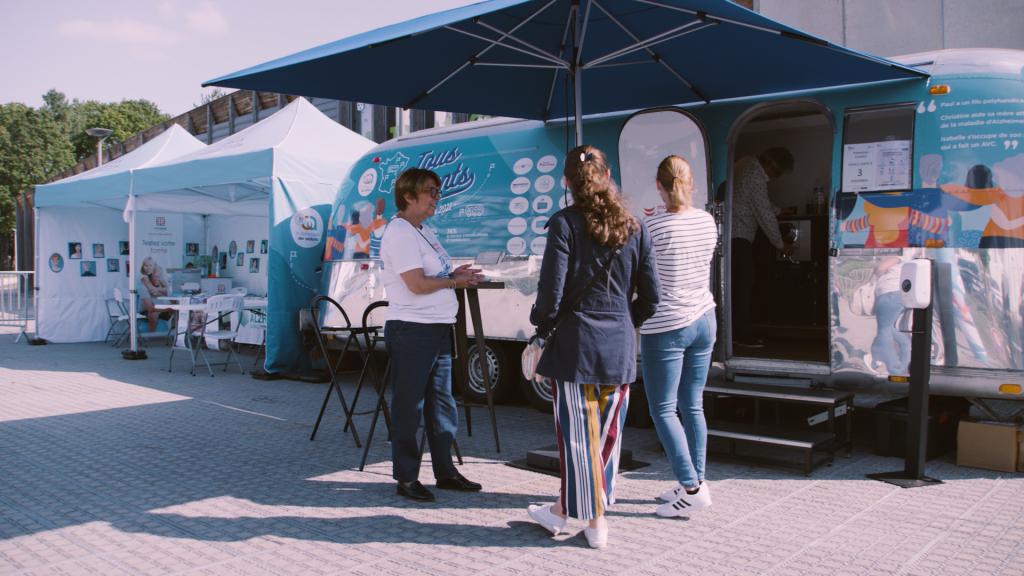 More than half of people living with NCDs reported they felt isolated during the pandemic, and 50% thought their condition had worsened in lockdown.Partnerships are building bridges between isolated patients and their healthcare systems to improve their care. 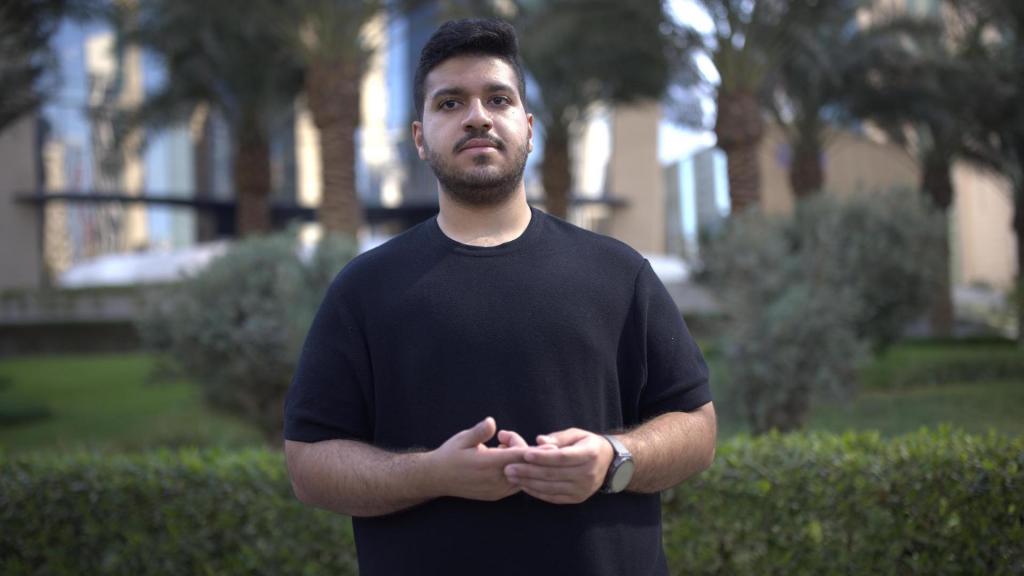 Speaking out against stigma

When Ali’s anxiety first emerged, it was not well understood or accepted by his community – but left untreated, things only got worse. 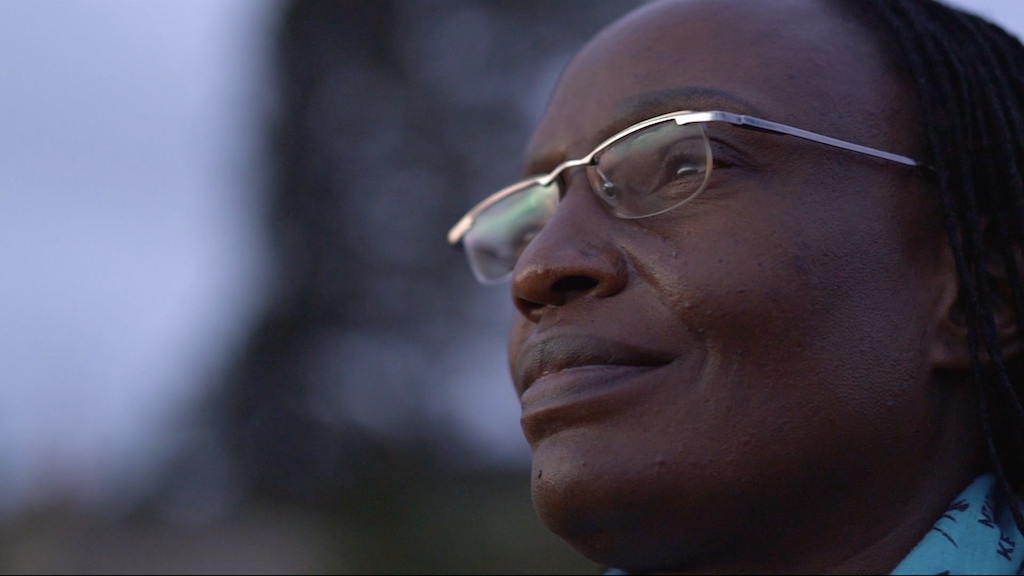 Combining care to save lives