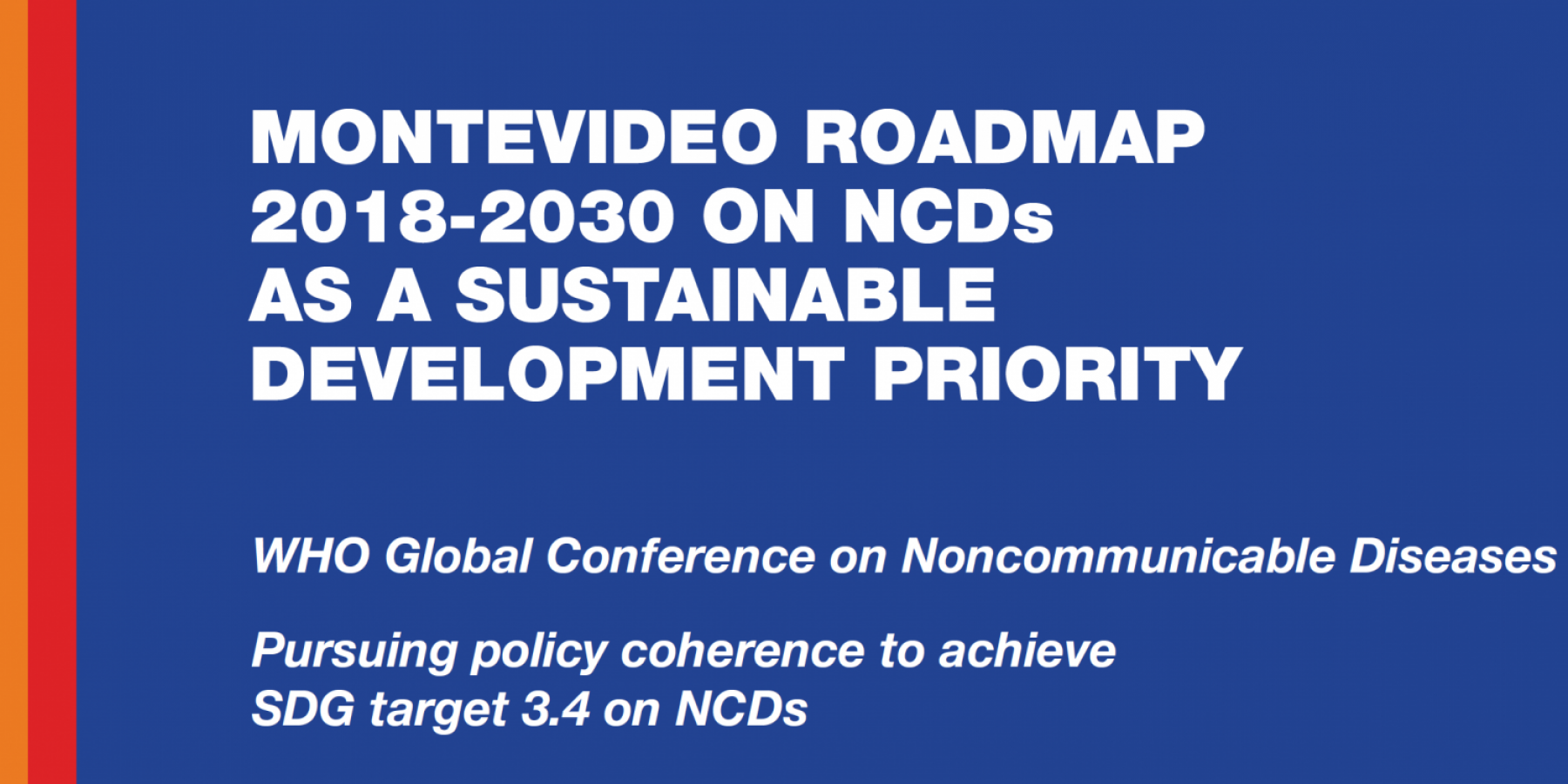 © WHO
18 October 2017 | Montevideo - Heads of State and Government and ministers from around the world today committed to new and bold action to reduce suffering and death from noncommunicable diseases (NCDs), primarily heart and lung diseases, cancers and diabetes, the world’s leading killers.
Governments endorsed the Montevideo Roadmap 2018-2030 on NCDs as a Sustainable Development Priority at the opening of the three-day Global Conference on Noncommunicable Diseases in Montevideo, hosted by WHO and the Presidency of Uruguay.
The pledge follows agreement by world leaders to reduce “premature” deaths from NCDs by one-third by 2030 as part of the United Nations’ Agenda for Sustainable Development. Today, NCDs kill 40 million annually, more than any other cause of death. Of these deaths, 15 million occur prematurely among people aged 30-70 years, and 7 million in low- and low-middle income countries.

“It is shocking to see the growing toll that diseases like cancer and diabetes are taking on the people who can least afford healthcare,” said WHO Director-General Dr Tedros Ad-hanom Ghebreyesus.

“Governments must act on pledges to prevent these diseases in the first place, and to en-sure that people can obtain services to treat them,” he added. “Failure do to this imposes massive costs on individuals and communities. It totally contradicts global commitments to sustainable development.”

Co-conference organizer, President of Uruguay Dr Tabaré Vázquez, said the Montevideo Roadmap represented a bold commitment by governments to intensify action to protect people from the harms of NCDs.

Read the full WHO press release.